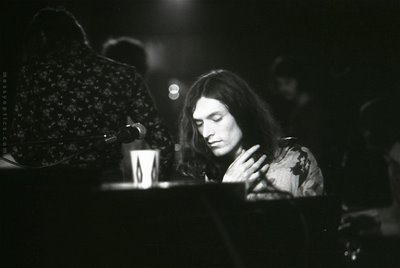 There was a time, and not so long ago, when any mention of the name “Steve Winwood” quickly conjured images of very bad MTV videos and cheesy ’80s pop pap. For me, this lasted until late-college when an acquaintance emphatically exclaimed, “no, you’re mistaken , Stevie Winwood used to be the man.” It was then that I discovered the trifecta that is the Spencer Davis Group/Traffic/Blind Faith. Yes, it turns out that Winwood was indeed “the man” and it was only his, albeit popular, ’80s missteps that that reeked of such bad taste.