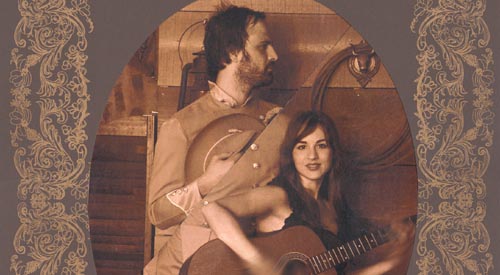 This being so, news of director Michael Tully’s new ducumentary chronicling Dave Berman’s Silver Jews is the best joos news since catching them live at the Henry Fonda Music Box last Fall. Pitchfork Media reports that Tully captured the Middle East leg of the Silver Jews tour last year and will debut his 51 minute doc, entitled Silver Jew, at this year’s SXSW film festival in Austin — DVD details TBA. Check out the film’s trailer below, Tully’s video for the joos’ video “I’m Getting Back Into Getting Back Into You” that was shot in Jerusalem, and “Random Rules” off the joos’ 1998 LP American Water.