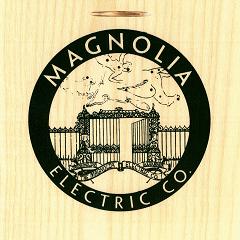 Have you seen Magnolia Electric Co. live lately? The band opened up for Son Volt here in L.A. at the El Rey a couple of months ago and, in my opinion, completely stole the show. It was at this show I first heard the news of the upcoming 4 CD/DVD Sojourner Box Set which is seeing a limited (5,000 copies) release via Secretly Canadian on August 7th. Check out the details below via the label. It looks more than thorough.

Details via Secretly Canadian: “(The box set) is the accumulated work of thirteen musicians, five locations, four recording engineers, three filmmakers, two designers and one songwriter, including enough material for three full lengths, one EP and one DVD.

The four CDs that are included in the boxset are from four distinct recording sessions that Magnolia Electric Co recorded following the release of their debut studio album What Comes After The Blues. The session known as Nashville Moon was recorded by Steve Albini at his Electrical Audio studios in Chicago, Illinois. The session known as Sun Sessions was recorded at the legendary Sun Studios in Memphis, Tennessee. The session known as Black Ram was recorded by David Lowery at his Sound Of Music studios in Richmond, Virginia and features an entirely different cast of characters including Lowery, Rick Alverson, Andrew Bird, Molly Blackbird, Miguel Urbiztondo and Alan Weatherhead. The session known as Shohola was recorded by Jason Molina alone, with a guitar and microphone. The Road Becomes What You Leave is a film produced by Todd Chandler and Tim Sutton. It follows the band as they tour across the prairie provinces of Canada and shows the loneliness and isolation one can feel even when traveling in a pack.”