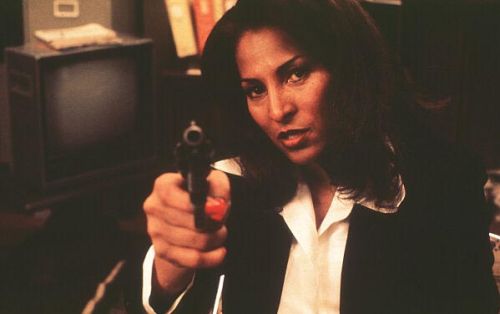 “I’ve always thought my soundtracks do pretty good, because they’re basically professional equivalents of a mix tape I’d make for you at home.” — Quentin Tarantino

For this weeks Soundtrack Enthusiast we visit the world of filmmaker Quentin Tarantino who, in regard to his choice of music in his growing oeuvre, has been quoted as saying that the music in his films plays as big a role as the actors do in pushing the plot along. Being that Tarantino consistently writes, and casts, strong female leads in his films, we decided to mix things up a bit, and chose a female-driven track off each of his soundtracks to represent his muse. The five song collection of girl-tracks below turned out to be quite an interesting mix.

Also: Note the video below for “Laisse Tomber Les Filles” written by Serge Gainsbourg, and performed by France Gall. It is the original version of “Chick Habit” sung in english by April March on the Death Proof soundtrack.