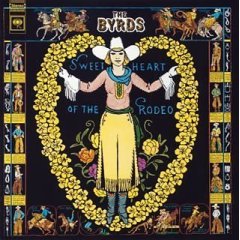 I’ve danced around posting on this watershed album for two-plus years now — all the while featuring a variety of its players (Gram Parsons, Chris Hillman, etc.) solo work, as well as their work on various other projects (Manassas, Burrito Brothers). This is due, in part, to the significance the album has played, both in the creation of the genre of country rock (and later, alt.country), and that of its role in my own musical appreciation of Country music.

Formed from the still smoldering ashes of the original Byrds lineup (the most recent departure being the exit of David Crosby), the story (now closely teetering on legend) goes that while standing in line at a bank in Beverly Hills, Chris Hillman met Gram Parsons and invited him to try out with the band on keys. This proved fortuitous as Hillman and Parsons later went on the form the Flying Burrito Brothers.

As it turned out, The Byrds new “keyboard man” turned out to completely change the sound of the band and shape the direction of their album, what would become known as Sweetheart of The Rodeo. Allegedly confusing fans, and befuddling critics, the LP was a reverent take on Country & Western music unlike anything The Byrds, nor other contemporary pop and rock artists had attempted at the time.

The album has since be reissued several times, each with cleaner sound and various add-ons. Most recently, Byrds/Parsons fans saw the 2003 release of the double disc Legacy version, of the LP, which included the restoration of Gram Parsons vocal tracks, and a number of alternate versions and outtakes. The set also contained tracks from Parsons previous country-rock band, The International Submarine Band. 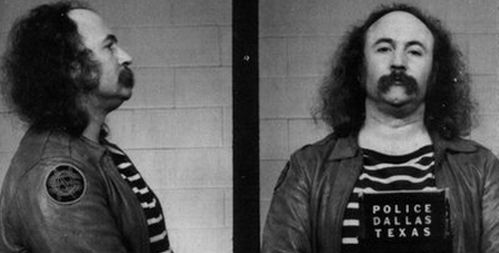 Repost: Back by popular demand (again) — Crosby’s 1970 outtakes (aka, the Perro tapes)

One of my favorite LP’s from the early ’70s is David Crosby’s criminally underrated masterpiece “If I Could Only Remember My Name?”

A fully realized embodiment of the “sound” of California’s folk/rock/country/psychedelia movement of the time, the album features such players as Neil Young, Jerry Garcia, Joni Mitchell, Phil Lesh, etc., etc. Almost as good as the album (and just, if not more interesting) are these outtakes from the 1970 sessions. These tracks are further proof that Crosby was an artistic force to be reckoned with at his creative peak.

Related Post: David Crosby :: If I Could Only Remember My Name

Also of Note: If you are interested in this snapshot in time, the late ’60s and early ’70s Southern California folk-rock scene, keep reading. A book that has recently grabbed my attention is Laurel Canyon: : The Inside Story of Rock-and-Roll’s Legendary Neighborhood. Chronicaling the state of one of L.A.’s most interesting and famously “arty” neighborhoods, the book excels delving into country-rock and the surrounding scene that developed around it.

9 thoughts on “The Byrds :: Sweetheart Of The Rodeo”