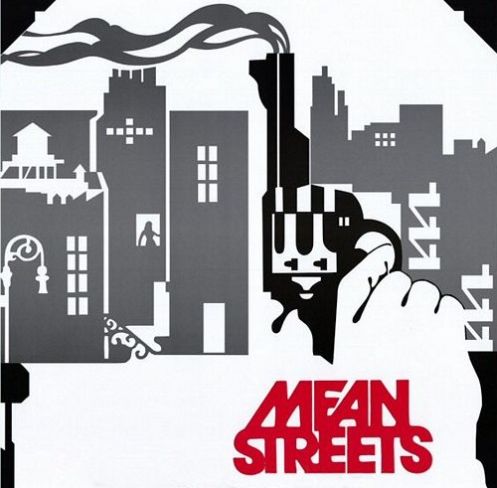 Originally titled Season of The Witch, Mean Streets is both an accomplishment in film in its own right, as well as a blueprint for the themes and motifs Martin Scorsese would later expand on and finesse for the next three decades. It’s all here: Cosa Nostra, religious devotion an doubt, moral contradiction, loyalty, family, and of course, violence. What also began with Mean Streets was the filmmakers relationship with, and use of, music to underscore his film’s action.

With Mean Streets not only did Scorsese change the face of cinema, but he also helped change the notion of what role music plays in film. Abstaining from a traditional score, the film makes use of contemporary pop music throughout the course of the narrative to accentuate each scene. Whether its the Stones “Jumpin’ Jack Flash,” playing as DeNiro’s Johnny Boy walks, in slow motion, into the bar, The Ronettes “Be My Baby” set against the film’s intro 8mm backdrop, or The Chips “Rubber Biscuit.” frenetically playing as Harvey Keitel’s character Charlie loses himself to the moment, the music is setting up mood and character, both in a micro and macro sense.

Below are three tracks from Mean Streets, my favorite overall Scorsese soundtrack (note: not commercially available). In lieu of the near universally known “Jumpin’ Jack Flash,” check out another Stones track used in the film, “Tell Me (You’re Coming Back)” off of 1964’s England’s Newest Hit Makers.