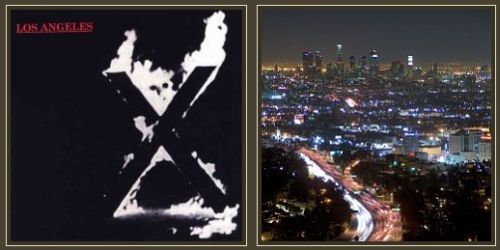 Occasionally, while driving through L.A. with X’s debut, acting as the soundtrack, I wonder just what Los Angeles would have been like, musically speaking, back during the band’s early-mid Eighties peak. Besides X you had the cross-pollination of The Blasters, Dave Alvin, the Knitters, the whole Paisley Underground ‘movement’, not to mention a young Dwight Yoakam hustling in the Hollywood rock clubs – opening up for punk bands – because Nashville wouldn’t touch him. Certainly sounds like an interesting place to be.

++ Click here, and scroll down, for some X videos from the Unheard Music DVD..

8 thoughts on “Your Phone’s Off The Hook, But You’re Not”