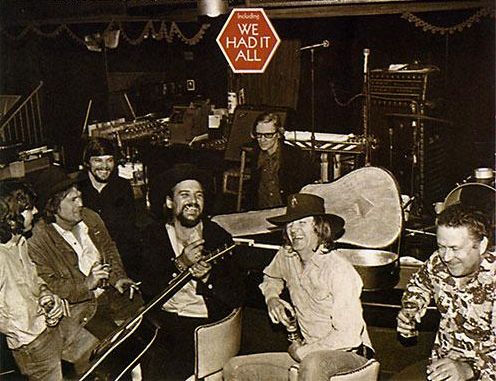 The great Texas singer-songwriter, Holden Rushing, first turned me on to this album in his Venice beach abode during his three year stint out here in Los Angeles. Much obliged, Holden. Upon the receipt of the record, I was also told a tale that seemed to blur the line between fact and legend; a story about Waylon Jennings, Billy Joe Shaver and the genesis of the project that became Honky Tonk Heroes. From what I remember, it went something like: one night in a bar, Waylon drunkenly offered to record a album’s worth or Shaver’s tunes, only the next time the two men saw one another, a now sober Jennings had completely forgotten any such agreement, to which Shaver promptly (and forcibly) reminded him, hence Honky Tonk Heroes.

Anyhow, bullshit story or not, it is my absolute favorite Waylon album, and more than a must have for anyone who likes hard country. Also, if you know this legend to indeed be a myth, keep it to yourself, as I like the backstory, fable or not…