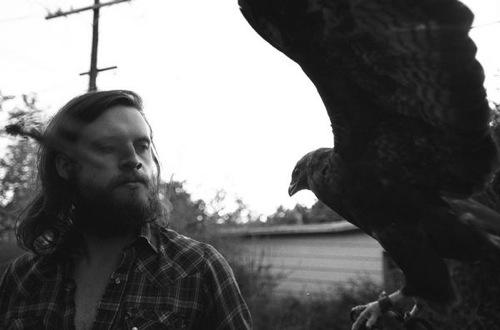 The new Aquarium Drunkard/Autumn Tone HQ is now located in downtown L.A., on the office side of Little Radio’s operations, aptly entitled, SPACES. Being that it is a converted warehouse, the digs can get (yes, even in Los Angeles) chilly from time to time, but that’s where J. Tillman’s upcoming album, Vacilando Territory Blues, comes in. And note that I use “upcoming” in the most general sense, as there is, as of typing this, no set release date yet.

Rough hewn, organic, and warm, the album has acted as a makeshift space heater the past couple of days exhaling Tillman’s trademark, slow burning, folk jams. Building on the acoustic constructs of his previous catalog, Tillman augments his formula on a number of the albums tracks, with an increased sense of production and instrumentation. Existing fans need not fear, though, as even with the subtle changes, Vacilando is every bit a J. Tillman record, existing on a plane somewhere between 1972 and tomorrow. Highly recommended.