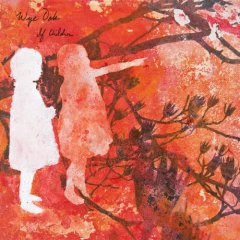 As much as Merge Records was defined by Superchunk’s roaring maelstrom indie-pop in the 90s, it has come to more resemble label co-founder Mac McCaughan’s other project, Portastatic, in the 2000s. Bands like the Essex Green, the Rosebuds, the Clientele and, yes, Portastatic, have created vibrant orchestrated pop, noisy anthems and everything in between. Wye Oak, one of the latest additions to the Merge release roster, fits snugly among them with touchstones all their own.

If Children is a record that moves in swells. Opener “Please Concrete” uses a balance of folk picking with surges of My Bloody Valentine noise to style an opening track that leads well into the rest of the album. As a map to guide the rest of the record, that song’s parts serve well. “Archaic Smile” serves up a gorgeous slice of slow-core. “Warning” uses simmering bass and a cascade of feedback to replicate the opener’s bridge, giving a propulsive blast to follow up the simpler beginnings. “Regret” is a lovely, quiet song that never leaves its humble melody aside to build anything larger, despite it serving as an able bridge to the next song.

But the group that seems to serve as the biggest comparison is His Name is Alive. Channeling the airy, ethereal vocals, Wye Oak takes the song structures of His Name Is Alive and overlays them with more noise. Where HNIA has tended to use more electronic-heavy instrumentation, Wye Oak relies on more of the natural noise and bluster that can be created by guitars and drums.

Even at its loudest moments, If Children still feels like a pop record out of time. “I Don’t Feel Young” could’ve been a Ronnettes number in Phil Spector’s able hands and here they create a wall of sound all their own. At the song’s apex, the drums crash as if mimicking “Be My Baby.” It’s one of the album’s highlights, without question.

There’s a lot of beauty in If Children, but after repeated listens, it doesn’t go much deeper than its gorgeously rendered surface. There’s a ridiculous amount of potential for this band and Merge obviously saw it when they signed them. Somewhere, somehow, If Children will be someone’s perfect soundtrack to a summer night. – j. neas

One thought on “Wye Oak :: If Children”