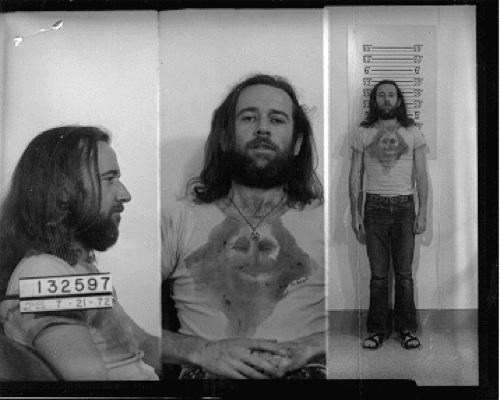 “I wish no public service of any kind.” Those were George Carlin’s wishes regarding his death. Burial rites and, well, rites of any kind, were exactly the kind of befuddlement that he would–and did–cut down to size with his unapologetic wit. Given the nature of the media and the congregation of the Internet today, publishing obituaries and “in memoriam” montages are a public service of a certain kind, even if that’s not how he meant it when he said that in 1990. Even further, in his book Brain Droppings, he said, “I dread the deaths of certain super-celebrities. Not because I care about them, but because of all the shit I have to endure on television when one of them dies. All those tributes and retrospectives. And the bigger the personality, the worse it is.”

So, to be clear, this is not an obituary. This isn’t a tribute. If it were, then we here at AD would have published this a week ago. If this were an obituary, we’d talk about what a legend George Carlin was. But we can’t do that because, in part, his legacy is a failed one. Certainly, he did as much as any comedian over the last 45 years to shift the voice of comedy. Benign knee-slappers gave way to incisive and candid cultural examination. If that sounds like a page out of your sociology textbook, well, it is. That’s what George Carlin was, a sociologist … an observer. Religion, television, death, airplanes, family, sex, sports–nothing was sacred, nothing too mundane for him to reveal the hypocrisy and absurdity of humanity.

But his legacy is failed, in part, because, well, nothing changed. He even went to jail for his “seven dirty words,” arrested (see above photo) because saying them publicly was disturbing the peace and a violation of obscenity laws. While the charges were later dismissed, it proved that these weren’t just words you couldn’t say on television, these were words you couldn’t say in public without a raised eyebrow. And even now, as recently as a week ago, when nearly every major media outlet across the globe published the story, they made reference to the “seven dirty words,” but didn’t print them. And if they did, they arrived with a dash or asterisk–covering a vowel at least, but more likely omitting all but the first letter–leaving the spelling up to simple imagination. So apparently, you can’t say those words on television, in the newspaper, on the Internet or in public, you can only think them. Shit and fuck have been given some freedom, but beyond that, if you utter one of those other five, you’ll goosebump a crowd and offend a Baptist.

See? George Carlin fought for freedom of expression, and gained significant ground, but ultimately, he came up short. The seven dirty words, though, are only the most immediate and famous example. At every turn, he gladly exposed our warts, motivated, it seemed, by the frustration that we’d never change anyway, even though he’d sure as hell try to make us. But no matter what he said, or what anyone else did, we, as a people, are endlessly screwed. His legacy is failed because we’d listen to his albums, watch his specials on television and laugh while he made fun of us, all the while responding with things like, “that’s so true.” And then we’d leave, and continue to live the life that made his comedy.

Maybe that’s why, toward the end of his career, he released Life is Worth Losing — he found we’re to too scared to make it worth keeping.

“Take a fucking chance! Put a little fun in your life! … most Americans are soft and frightened and unimaginative and they don’t realize there’s such a thing as dangerous fun, and they certainly don’t recognize a good show when they see one.” In this bit, he’s talking about going through airport security, but reading it, you get the feeling he’s talking about going through life. – words/joe crosby

3 thoughts on ““Why Can’t There Be More Suffering?””