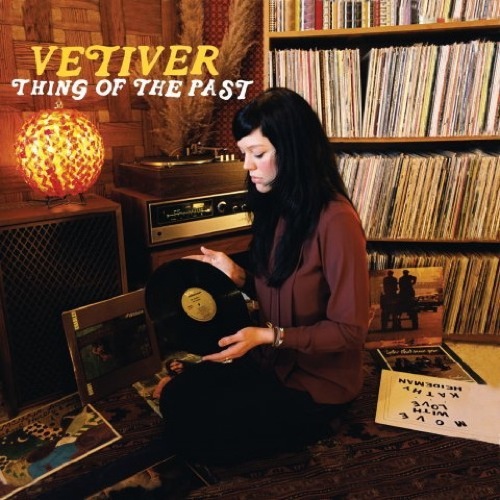 One of my frequent go-to LPs of the summer, Vetiver’s Thing of The Past, is an album made up solely of obscure covers – consequently giving the collection the feel of an original work. Relatively speaking, the most widely known tracks on the LP are arguably Loudon Wainwrights III’s “Swimming Song,” or Townes Van Zandt’s “Standin,” neither of which are by any means household names. “Hits,” these are not.

This, the San Francisco group’s third album, continues to explore their evolving plugged-in folk sound from previous works adding sly winks and nods to both their in-the-know fans, as well as the material’s original architects. It is obvious from even a cursory listen how much the artists featured within the collections framework have had on Vetiver’s style and general aesthetic. Which is not a bad thing. Like many of the album’s eleven tracks, the opener “Houses,” a 1968 Elyse Weinberg cover (which originally featured a guesting Neil Young), sticks for the most part to the originals structure and arrangement. Same goes for the aforementioned Loudon Wainwrigt III track “The Swimming Song.” Check them both out below; and yes, as the LPs cover art alludes to, Thing of The Past is indeed avaible on 180 gram vinyl.

3 thoughts on “Vetiver :: Thing of The Past”