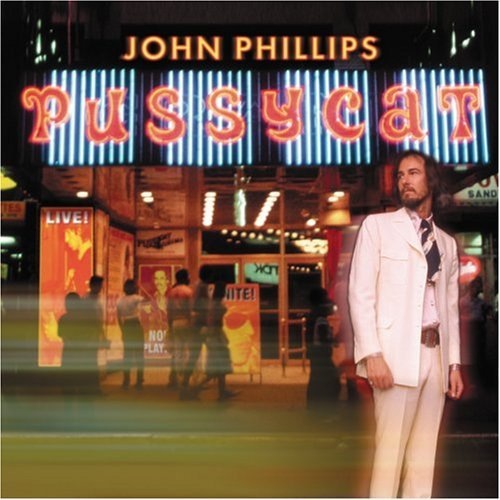 The Story: Recorded in 1976 and ’77 featuring members of both the Rolling Stones and Traffic (produced by Mick and Keith), the Pussycat sessions were shelved, and thought to be lost, until 2001. John Phillips was the first artist signed to Rolling Stones Records in 1976, and Pussycat was to be his grand coming out party on the label. A rotating cast of notable players guested on the LP including the Stones Mick Taylor and his (then recent) replacement Ron Wood.

The 2008 Release: The September 9th release of Pussycat presents the original `70s mix of the album, along with newly-discovered outtakes and material from the 1976 sessions for Phillips’s soundtrack to the film The Man Who Fell To Earth (starring, naturally, David Bowie as the svelte humanoid alien Thomas Jerome Newton.)