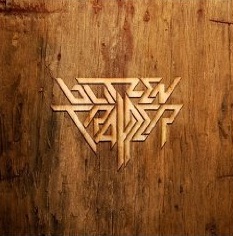 Blitzen Trapper’s 2007 release, Wild Mountain Nation, was hailed as an ideological heir to Pavement’s Wowee Zowee – all jumbled genre and sprightly chaos. And the same could be said of Furr, their latest, but for completely different reasons. Unlike Pavement’s scattershot vision of American indie-rock, Blitzen Trapper are recalling the genre-melding exercises of Bob Dylan – right down to the lyrical styles and even a stray phrase or two that the bard has incorporated over the decades. But like their contemporary from this year – Dr. Dog’s Fate – Blitzen Trapper are doing far more than rehashing old sounds. They never sound anything but completely modern in their classical styling.

The Dylan tones come from some musical similarities, but this isn’t an aping of style. Sure, there are references to a midget and the phrase “fast bullets” (“Ballad of a Thin Man” and “Masters of War,” respectively), but it’s more than that. The title track of the album is the most similar in actual structure – think the maudlin, simple songs that peppered Dylan’s early work – while others pull at tropes from Highway 61 Revisited (“God & Suicide”) to John Wesley Harding (“Black River Killer”).

It’s not just Dylan on this album, though. It’s a hodgepodge of music from a vital period in rock and roll’s evolution – the Beatles (“Sleepytime in the Western World”), country-era Byrds (“Stolen Shoes and a Rifle”) and Elton John (“Not Your Lover”). These are all just vague impressions, providing a foundation for Blitzen Trapper’s unique blend of hyper-active indie and literate wordplay. Lyrically, the album is incredibly engaging, leaving plenty to re-discover on repeat visits through Blitzen Trapper’s world. It’s similar to the ones inhabited by Dylan, Tom Waits and even Jim White – a bizarre world full of anachronisms that live at peace alongside the modern day, both seeming all the better for the other’s presence – a group of people to whom, as Faulkner said, “the past is not a diminishing road, but, instead, a huge meadow which no winter ever quite touches.”

Furr is an album of tremendous depth and warmth and shines as one of the most engaging albums of 2008 so far. words/j neas