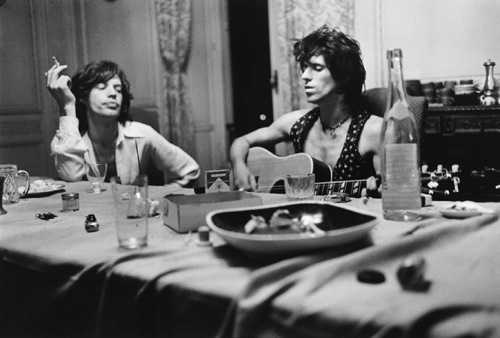 Due to storage, or the lack thereof here in my L.A. abode, the majority of my vinyl collection resides back in the Southeast. Over the past few years I have been bringing it out west, piecemeal, to L.A., one flight home at a time. As I can only fit, say, 10-15 LPs in my suitcase at a time, one must be judicious in the choosing of what comes with and what (for the time being) stays behind. This process has been known to take the better part of an hour.

Heading back to L.A. post-holidays, I grabbed a varied assortment, including the Stones Exile On Main Street – an album I’ve incidentally purchased twice on CD for the “improved” sound, though I assure you, neither matches the warmth nor the atmosphere of the original vinyl. Like many an album worth its salt, Exile, as a whole, is most definitely an acquired taste. A taste I did not come around to until mid-college, and only then after letting it seep in, often in the background, when I wasn’t expecting it. And this after having been a fan of the band for the better part of a decade. Exile is dirty, it’s nasty, it makes no excuses and gives no quarter. Some say, because of these qualities, it is therefore the perfect rock & roll record; a true testament to the genre. While not my favorite Stones album (that would be its predecessor Sticky Fingers), Exile is a close second. But perfect? No, but for what it accomplishes I would say it’s pretty damn close.

Myself and many others have written about the circumstances surrounding the album; the self-imposed band tax exile to France, the decadent Nellcî´te sessions at Keith’s rented villa, the hangers ons, the debauchery, etc., etc. While those are all great campfire stories, the real stories, the real stuff that always make my ears perk up are the tales of the ostensibly laissez-faire creative process. With primary recording and tracking having taken place in wine cellars, closets, bathrooms and dining rooms – at all hours of the day an night, and all manner of musicians, the album takes on a ramshackle, almost lo-fi, muddy brilliance. While one could easily point to any number of tracks to exemplify this, it’s on “I Just Want To See His Face”, the second to last song on side three of the vinyl, that truly transcends. I’ll leave it at that for those of you who have yet to hear the track. Now pull out your headphones and plan on pressing repeat. 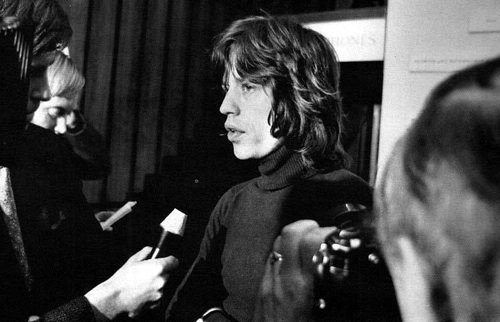 Related: The other week we referenced the Stones “Memo From Turner” and its use in the 1970 film Performance. At the time I was under the impression there were only two recorded (studio) versions of the tune available. Not the case. High five to the AD reader who came through and shot me the following MP3 — a down and out juke laden version with an arrangement that adds yet additional nuance to the track. Check it.