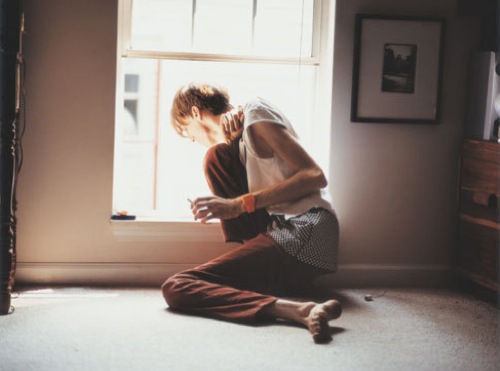 While I’m a casual fan of Animal Collective, Panda Bear’s Person Pitch LP remains one of my favorite albums of 2007.   Panda (Noah Lennox) has tagged up with Bradford Cox on the track “Walkabout” from the upcoming Atlas Sound release Logos.   Highly anticipated.

Cox on Logos: “My last album was a bedroom laptop type thing. Very introverted. Logos is an album that was recorded all over the world. It’s not about me. There are collaborations with other musicians. The lyrics are not autobiographical. The view is a lot more panoramic and less close-up. I became bored with introspection. This was also the case with Deerhunter’s Microcastle LP, which was written during the same period.” (via)

Speaking of Animal Collective, last week it came to light that AC have secured a sample from the Grateful Dead’s song “Unbroken Chain” off the 1974 Mars Hotel album. Notable as a) it is the first time the Dead have granted permission to an artist to sample their work, and b) it’s the Grateful Dead.   Visit GvsB for a live mp3 of the track, “What Would I Want Sky.”