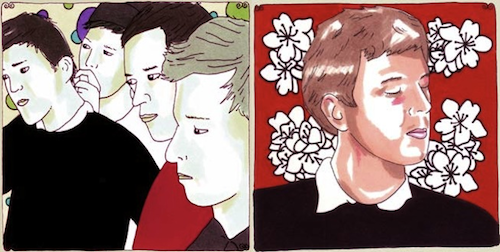 Our friends at Daytrotter are quite the prolific bunch — to the point I can’t possibly keep up with everything they are doing in real time. But I do make a point to go back and catch up on the sessions I’ve missed.   Most recently this included the two separate sessions the Walkmen cut while visiting the studio in 2008 — including a set of covers. The first finds the group paying homage to Leanord Cohen, and the second, released the same month as You And Me, includes several unreleased tracks. Both are worth your time.

More recently the folks at LaundroMatinee unveiled their Walkmen footage from this years Monolith festival. You can download an mp3 of “On The Water” from the session, and the accompanying video, over at MOKB .