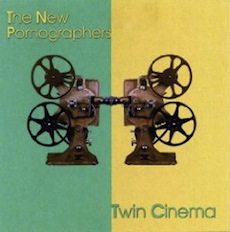 I’ll go ahead and say it. The unquestionable ‘super group’ of the 2000s was the New Pornographers. Releasing four albums over seven years, they are easily the only group I can think of that not only has an album worthy of a best-of-the-decade moniker, but also solo albums by three of the group’s members that are worthy of the same label. They were a dynamic group from the start, with two spitfire songwriters in A.C. Newman and Dan Bejar and one jaw-dropping vocalist in Neko Case. But their finest moment came in 2005 with their third and most cohesive album, Twin Cinema.

While the New Pornographers have largely been the songwriting vehicle for Newman in quantity terms, Twin Cinema feels balanced in exceptional ways. Dan Bejar’s contributions are solidly fantastic: the anthemic “Streets of Fire” is nearly as perfect a set up for an album closer as you could ask for and “Jackie, Dressed in Cobras” is an easy contender for the album’s best song. Neko Case, too, shines as a vocalist (and, in retrospect, shows just how much a bigger presence for her was missed on the 2007 follow-up, Challengers) on songs like “The Bleeding Heart Show,” “These are the Fables” and the mystic “Bones of an Idol.”

But where Case’s haunting vocals and Bejar’s enchanting, hyper-literate stories are keys to the album’s shine, they wouldn’t be nearly as captivating in this particular environment without Newman’s songs to play counterpoint. From the opening title track’s unintentional riff-aping of “Devil’s Haircut” to the chugging, forceful “Use It;” from the staggering raucousness of “The Jessica Numbers” to the ethereal float of closer “Stacked Crooked,” the album is a rarity in modern rock. Twin Cinema, and indeed the entire New Pornographers catalogue, is an homage to many aspects of rock and roll’s past, yet sounds completely unlike anything before or contemporary with it.

The album’s centerpiece, and the only thing that keeps “Jackie, Dressed in Cobras” from being the album’s unquestionable high point, is “Sing Me Spanish Techno.” “The hourglass fills with sand / if only to punish you / for listening too long to one song,” Newman sings over the song’s chorus, a perfect summation of the instant ingratiating nature of the song. It was the song that grabbed and held my ears from the moment I first heard the album until now, the catchiest song among endless hooks. In a record filled to the brim with amazing moments, it stands at the head. With not a weak moment on it, Twin Cinema stands as a defining moment for power-pop this decade. words/ j neas