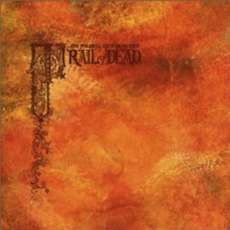 Nothing can stop me in my tracks faster than the phrase “change your life.”   Maybe I’m just stubborn, stuck in whatever form I was made in–or re-made in–but my skin crawls every time a book, a record, a film is supposed to change my life, or any time I hear someone close to me say that some work of art has changed their life.

I’d like to think that I’m just being fair to the work, whatever it is.   It’s quite a bit of pressure to put on something, after all–to assume, before you’ve even heard the group, that the unfurling of a few notes of music are going to mark the pre- and post- in your biography.   With those expectations, it’s almost impossible to hear — or read, or see — anything the way you were supposed to.

“Moments can be monuments to you,” David Berman sang in the Silver Jews song “People”, before conceding, “If your life is interesting, true.”   Indie rock has always been about deflating the thoughts of those who would tell you that every moment has to matter, that tiny things are more important than they seem to be.   Way over yonder in the more emo camp, you’ll hear that every single moment matters so much–”shouting the poetic truths of high-school journal keepers”, as Sonic Youth’s Lee Ranaldo once said.   The real truth, though, probably lies somewhere in the middle of these two places, some place where the quotidian can be both nothing and everything, where big moments are actually made up of tons of smaller moments.

…And You Will Know Us By the Trail of Dead’s magnum opus, 2002’s Source Tags and Codes, falls right into that fertile country: somewhere between Sonic Youth’s squall, Pavement’s squiggling, and Refused’s new noise, all of it built into a Babel of feedback and tied together with the strings of a violin.   It’s emotional without being maudlin, honest without being trite, loud without being dumb–and even if Trail of Dead couldn’t capture it again on subsequent releases, well, neither could anyone else.

Source Tags and Codes came out when I was a junior in high school, stuffed with all of the things that every seventeen year-old is stuffed with–namely, staying up late, trying to meet girls, confusing emotions.   I’m twenty-five now and, judging by the ring on my finger, only one of those things has changed.   But where I first heard catharsis in all that noise — bash the pain away — I started to hear more and more depth as the decade progressed.   “What is forgiveness?   It’s just a dream / What is forgiveness?   It’s everything,” Conrad Keely wails in “Another Morning Stoner”.   It’s not about avoiding the problems, or believing that life isn’t interesting–it’s about waking up, about facing the fact that meaning probably isn’t as loud and easy to find as some would have you believe.   And really, if there is meaning in life, wouldn’t it be better if it were more artistically wrought, more intricate and engaging than simple boom-pow answers?

Lest you think I’m crazy, consider Source Tags and Codes’ final three tracks (which are, to me, the best one-two-three of any record this decade).   Beginning with the ringing stomp of “Relative Ways”, Keely downshifts from the rest of the record’s thrash and pushes his band uphill, into rarified air where everything’s “coming together in relative ways”, where forgiveness is no longer a dream but something that’s been achieved, where it’s still everything but nothing seems very different.   Keely’s throat begins to peal as he moves into the second verse, his electric guitar hanging to his knees.   The band continues to grow, to stretch and pop its shoulder muscles like a waking lion, eventually pushing their way into bashing, cymbals, daunting left-hand pianos, and that repeated ring of a guitar riff, fading into the sound collage of “After the Laughter”, with its sampled vaudeville, twirling dials, and choral vocals.   As the strings begin to rise in the mix and the chorus fades out, one single piano line continues, pulling the song back into “Relative Ways”, but the band surges forward and detonates into the slow-burn of “Source Tags and Codes”.

Around starry guitars and drums like canyons, Keely sings in a simple voice about having been around, having seen a hundred things, waiting in patience for “what’s behind that hill.”   Plucked piano notes dot the soundstage, decorating the scene.   Keely sings with more confidence, seeing that everything’s part of “some crazy scene”, that it all comes together in memory, that that’s the only way to see beyond the hill.   The song dips, falling into the “ruined landscape” while strings rise, leaving the group at a distance from the present, forcing them into the background.   And then things come together.   The guitar pulls up, followed the bashing of the drums, and Keely wails once again “I don’t know what in this world is trying to save me / But I can feel its hand and it’s guiding me in sign / From the life I tried to leave / To the one that I received”.   It’s one of the most sublime moments of the decade, and I didn’t feel it until years after the fact, long after I’d absorbed the rest of the record.

Can a record change your life?   The critic in me, the guy who lives and breathes music, is quick to tell you that it can, but I’m not so sure.   Because any time you let your life shift upon its axis, there have been dozens (or hundreds, or thousands) of little moments that have pushed it towards that precipice–the way someone bats their eyes when they talk to you, the way three buzzing guitars make you feel for four minutes.   Every moment is a monument, but not every moment is interesting.   It’s when they all come together, when some hand that’s guiding you in sign, that it all pulls itself above the surface and into the light, when your life finally looks like it’s changed even though it’s been changing all along.

Trail of Dead’s post-Source Tags releases have struggled to capture what they found for that one moment, and that’s precisely the reason they failed: you can’t do this all the time, and you can’t expect yourself to make bold statements every time you open your mouth.   Life isn’t like that, and thank God it’s not: it’s so much less exhausting when you aren‘t trying to make mountains of molehills.   But the mountains do exist.   They have to be called into being. words/ m garner