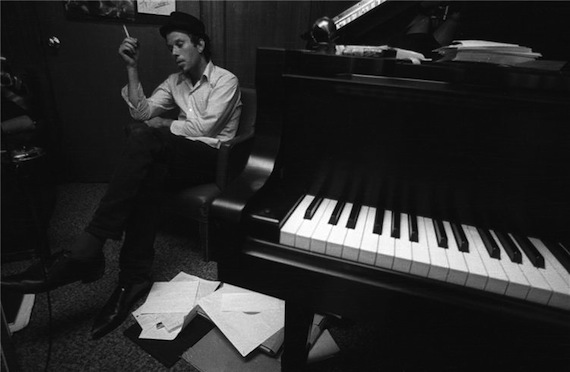 “This was a show I recorded with Tom in December of 1976 that was originally broadcast on WNEW during my first sojourn at the station. I played this rare one-hour tape tonight as my contribution to the station’s “From The Archives” weekend. Tom and I (and drummer Ralph Ebler) taped this at a studio in town – Tom at the piano, Ralph on snare and high-hat; it was unrehearsed, unscripted and totally cool! This is the first time the show has been aired in its entirety since the original broadcast almost 20 years ago.” (Vin Scelsa, WNEW-FM host)