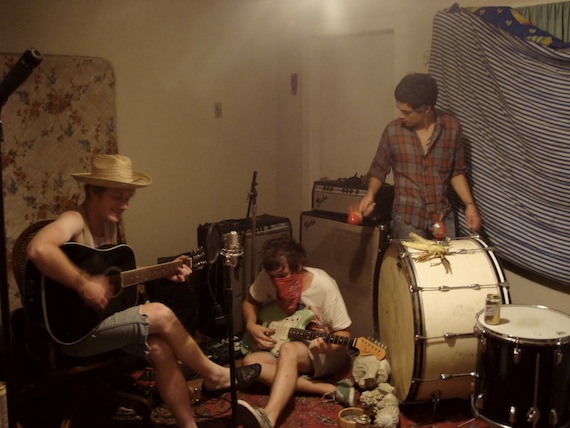 Up until a minute ago this post began with me relating an anecdote about my friend, Adam who, after catching Devo in Brooklyn recently, said something to the effect of “I feel sorry for anyone who only knows Devo through the video for “Whip It.” In my mind this was something he had told me, either via phone, email or instant message. In actuality it was one of his fucking Twitter updates. Such is the world we now live in I suppose. Regardless, he has a point. One that I’m curious if these recent Devo reissues, and subsequent touring, might augment.

Just before SXSW last year, Austin’s Harlem dropped this cover of Devo’s “Come Back Jonee,” originally found on Devo’s debut Q: Are We Not Men? A: We Are Devo! (whose reissue sports a live show from the London HMV Forum). Part of Harlem’s ongoing covers project, this, next to their rendering of Royal Trux’s “Junkie Nurse,” is their best cover yet. All slowed down and lethargic. Look for their Matador debut, Hippies, due out April 6th.

One thought on “Come Back Jonee :: (Harlem/Devo Cover)”