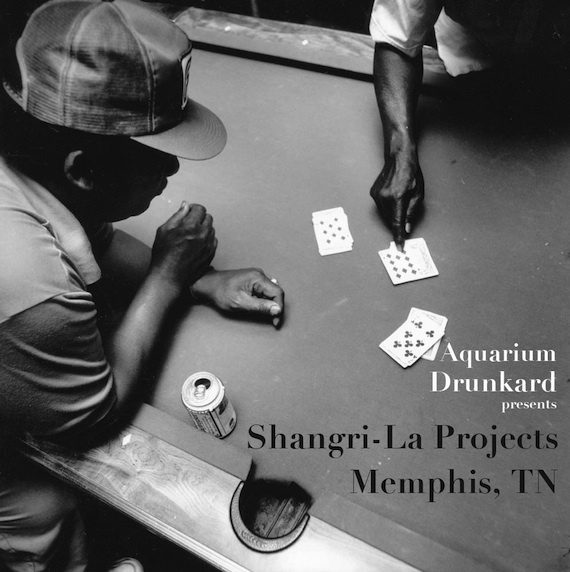 It happened in Tennessee. I met Shangri-La Projects’ Sherman Wilmott in the spring of 2008 while renting an apartment in midtown Memphis. I was in the middle of working on a book documenting Memphis and the Delta blues trail. To say that Wilmott provided a wealth of information regarding local color would be an understatement. Those that know Memphis music know Sherman. In addition to founding Shangri-La Records in the early 90s, Wilmott has written books, published Kreature Komforts: the Low-life Guide to Memphis, curated compilations and produced documentaries—all surrounding the Bluff city and her music.

Wilmott is my guest this week during the second hour of the AD show. Be sure to tune in, as riding shotgun is Doug Easley of Memphis’s Easley McCain Studios. I guarantee you own more than a couple albums that were cut at his studio.

After the jump: Shangri-La Projects, Memphis – A Mixtape

(should you have an issue unpacking track 3, here it is: www.mediafire.com/?y24nkljonjq)