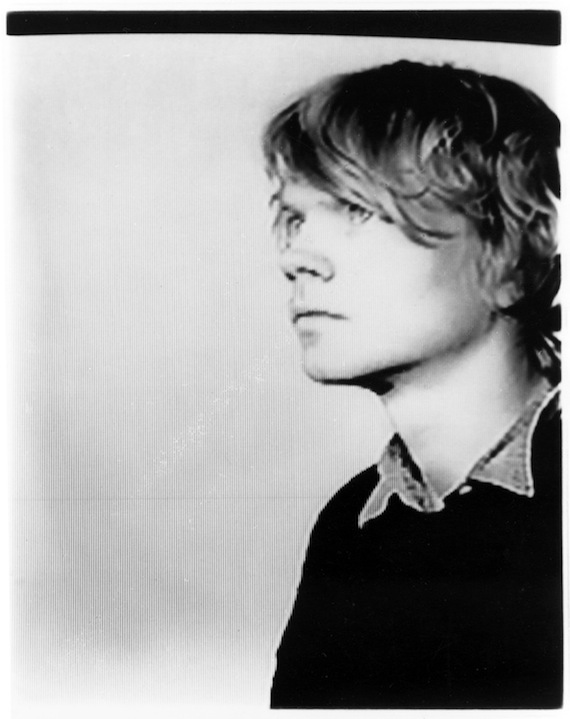 Bill Baird and Sunset have steadily become one of my favorite exports out of Austin, TX. As prolific as he is talented, Baird and co. seemingly, and quietly, release a record, 7″, EP, etc every several months on Austin’s own burgeoning Autobus Records. The label is poised to release not only a new Sunset LP (Loveshines but The Moon Is Shining Too) but a Baird solo album as well (Silence!) After the jump Baird takes us through the highly personal, and equally mysterious, process that is songwriting.

I recently taught a songwriting class at Austin High School for the non-profit group Austin Bat Cave. They describe their mission as, “to provide childen and teenagers with the opportunity to develop their creative and expository writing.” Sitting in on the class was the esteemed author Dave Eggers. He runs a similar non-profit out of San Francisco, 826 Valencia. I adapted my lesson plan zine into this exploration of songwriting and process.

Songwriting. A daunting subject. Let’s start with a little background. Songwriting began as a means by which early societies would pass along their mythology, tribal history, and legends. These were the days before the printing press, before any kind of recording technology, before Encyclopedia Britannica, way way back.

The songs were called “epic” because they would literally take days to recount. To help the poets recite these songs, rhyme and meter were imposed on the words. The rhymes and rhythm made the words much easier to remember. Homer was one of these old “epic poets.” His books “The Odyssey” and “The Iliad” were not originally books at all, but really really really long songs, accompanied by a lyre, a strange-shaped, droney predecessor of the guitar. Imagine a song that lasted several days. Might get kind of boring. But I’d have to respect that songwriter’s endurance.

Modern songwriting is pretty much the vestigial remains of this early process. But now, instead of using the lyrics to pass along our history, the songwriter usually addresses personal concerns: love, hate, partying, getting cheated on, driving a big red tractor, and so forth. For most modern songwriters, their process is difficult to explain. In fact, some people get downright superstitious about it, believing that talking about it will dispel its mystique somehow.

There is no formula to it; it’s pretty subjective; it relies on the writer having something unique to say about the world. I mean, there are some formulas to songwriting, but “formulaic” is one of the biggest knocks against a song, so we should try to avoid formulas if we can. To break the ice and hopefully illustrate a little of the bizarre world of modern songwriting, let’s take a look at some experiences that led me to be a songwriter….

Tips for Starting an Illustrious Career as a Songwriter!
(or, how I got enough material lodged in my brain to torture me til the end of my days)

Go temporarily insane.
Make a tearful confession to a priest.
Get thrown out of your parents’ house.
Go broke.
Apply for several credit cards using different names; have them all cancelled and each of your fake identities reported to a collection agency.
Sleep 10 hours in one week.
Sleep 24 hours in one day.
Drink lots of whiskey (non-alcoholic for those under 21).
Fall in love with somebody completely wrong for you.
Have your heart broken. Have your heart broken again. And again.
Watch your friends change into people you don’t recognize, either because of some fundamental change in their personality, or plastic surgery, or both.
Give away all your possessions.
Return to the thrift store later and try to get your possessions.
Shave your head and move to Alaska.
Endure the questioning disdain of your friends, family, and mentors.
Worry about things that don’t matter.
Forget to worry about things that do matter.
Sleep through college and wake up with a diploma.
Wonder how that vomit got on your shoes.
Work for somebody who literally blows a whistle to keep the pizzas delivered on time.
Deliver a pizza to Michael Bolton.
Get fired for setting the xerox machine on fire.
Move someplace far away from anybody you know, grow very lonely,
and give your television a nickname.
Experience glorious success in front of thousands of people, let it go to
your head, and experience a rapid change of fortune.
Get booed off a stage.
Get in a fistfight in the alley outside Emo’s.

Through these myriad experiences both painful and joyous, I have dipped my brain into what I call “universal human concerns.” Most good songs deal with these somehow. I came up with a few in my spare time. I have lots of spare time.

Moving into the more specifics of songwriting construction, let’s think about language. Just for fun, I made a list of words I try to avoid in a song:

In sum, any word that could be mistaken for an American Gladiator’s stage name, any word referring to fluids, any reference to processed food, and any word similar to a text message abbreviation. You want your words to convince the listener that yours is an authentic voice worth considering. Word choice: very important! Of course, if properly handled, any word or topic can work. Satire especially can turn toxic verbiage into solid gold. For those curious, I recommend Ween’s “12 Golden Country Greats.”

Sometimes awful words actually serve a useful purpose. By appalling an audience, you might grab their attention. Essentially, this comes off as a gimmick. But once you have their attention, maybe you can slip in something worthwhile. Speaking of which, here are a few words I actually like:

I enjoy examining the worst possible writing. One notes common pitfalls which beset all us writers to a greater or lesser degree, plus you laugh a lot. On that note, let us take a moment to discuss that wart of modern songwriting, Aerosmith. At the risk of offending lovers of modern classic rock, I think Aerosmith incapable of writing a good song anymore. There I said it.
There’s really only one kiss of death in songwriting for these kind of superstars. Mostly, it’s believing your own press, believing your own mythology, primping too much in the mirror even — just becoming detached from issues that really matter to people: death, love, hatred, fear, murder, driving cars really fast, the list goes on. Aerosmith’s songs seems mostly about the joys of their privileged lifestyle, and therefore seem more than a little frivolous. In the right hands, with a sense of humor, this might work. But not in their case. On a somewhat related note, I once had a friend who sold merch at concerts and would often venture backstage to meet the bands. Backstage at an Aerosmith concert, my friend witnessed a surreal sight: to pump themselves up before the gig, Aerosmith was playing a video game starring themselves. Ugh. Yikes.

Now a few songs taken from their album “Get a Grip”
(the cover of which features a cow with an udder piercing):

“Pandora’s Box”
When I’m in heat
Someone gets a notion
I jump to myfeet
I hoof it to the ocean
We hit a beach
Where no one gives a hoot
Nobody never ever wears a suit
(Bill’s commentary: Like an awful alternate reality Dr. Zeuss)

“Get A Grip”
Got to Get a Grip
Skin and bones, it ain’t such a pity
If you think I’m vain, better shut ya lip
I can’t explain how to be a fat city
You gotta live large, gotta let it rip
I was so short sighted
Now the wrong been righted
I feel so delighted
i get so excited

(Bill’s commentary: Rhyming ‘delighted’ with ‘excited’ should be a petty misdemeanor.)

“Fever”
I got a rip in my pants and a hole in my brand new shoes
I got a Margarita nose and breath full of Mad Dog Booze
I got the fever, fever, fever, fever
We can’t run away from trouble
There ain’t no place that far
But if we do it right at the speed oflight
There’s the back seat of my car, caviar
(Bill’s commentary: I like the line about being unable to escape trouble, but they quickly blow any empathy I might have by talking about eating caviar in the back seat of their car)

“Shut Up And Dance”
Love has got me down
A tear just hit the ground
So I started writing you this song
But the words I wrote came out all wrong
Yeah, but it’s all right
Sex is like a gun
You point, you shoot, you run
(Bill’s commentary: Uh….)

But most of what little I’ve learned of writing and its craft initially came from my garden. The natural process of decay and decomposition which breeds new life: I see this as directly mirroring the creative process.

Old ideas pile up and give birth to the new. You end up writing the same song 6 times before it finally gets born. Complexity is achieved by interlocking simple parts. Essences are distilled from diffused sources. Ideas are born in chaos and gradually take form, boundaries take shape, the chaos is reigned in, the idea comes out in its full form, it dies (they always die, you must allow them to die), then from its rotting remains comes new ideas, new forms, unexpected places.

I guess that sounds less like a garden and more like a jungle. Or perhaps my hairstyle. words/ bill baird