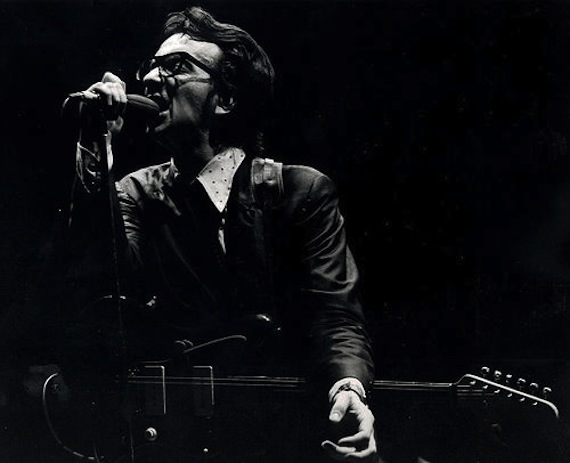 “Several of the songs on Get Happy had been played on the mysteriously named “Armed Funk Tour” in the spring of 1979, our last American trip for over two years. However our first trial sessions revealed our “road” arrangements to be trite, brittle, and uncomfortably close to the rapidly dating style which was now called “New Wave”. The decision to change was not exactly agonized over. It took a few drinks, a handful of old Stax singles (which I had recently bought in Camden Town) and our copies of Motown Chartbusters vol. 3 for us to imagine that we could quickly find a new blueprint for the album.” —   Elvis Costello (from the Rykodisc liner notes)

And so goes the infinite circle that is music. In the thirty years since Get Happy’s release I have to wonder how many bands reworked their own sound after picking up a couple of Costello records. “Girls Talk” off the reissue….