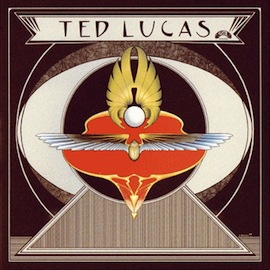 The promo sticker nails the sound, placing Ted Lucas next to legends John Fahey, Nick Drake, and Skip Spence. It’s a right on comparison when you hear what this album has to offer. Each side of the record is plainly its own thing; Side A being a suite of six perfectly sweet folk originals and Side B containing an instrumental, an extended blues jam, and an 8-minute raga. The first three tracks have melodies that seamlessly weave in your head on first or second listen. “I’ll Find A Way” is the sleeper knockout, tucking in after the record’s gorgeous three song opener: “Plain & Sane & Simple Melody,” “It’s So Easy,” and “Now That I Know.” These tunes are so easy to love and will have no trouble lodging comfortably in your head. I can’t hold back how much I dig the side A closer “It Is So Nice To Get Stoned,” especially when “Sonny Boy Blues” on side B warns “you better stop drinking that wine.” Arrangements are sparse: acoustic guitar gracefully ornamented with sitar drones (Lucas played uncredited sitar on the Tempations’ “Psychedelic Shack“) and delicate electric fingerpicking, some auto-harp and tasteful percussion elsewhere. For a lost psych-folk record, the sound is remarkably current.

Comes in a faithfully reproduced LP-style package, with a facsimile of the original insert, new liners and a save-worthy protective cover. Yoga just might make the CD format cool again! Even so, I might have to spring for the vinyl. The insert, by the way, is wonderful, showcasing a badass t-shirt with Stanley Mouse’s cover design and contains the lyrics and chords to the songs on the first side. It’s a shame I never heard this record before, as it’s easily a new favorite. Got to be one of the best reissues of the year. words / bmcgrath