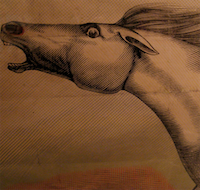 Along with a considerable amount of music, my ‘songs of 2010’ list was capsized a little while back in an epic hard drive failure. Remember kids, back your shit up. So while you won’t find a list proper this year, I do want to highlight some favorites including the below; Julian Lynch’s “Just Enough,” off his LP, Mare. A droney, semi-raga, “Just Enough” opens the album—a   perfect pace setter—whose hazy aesthetic fits squarely with where my ears, and head, have been during the latter half of 2010.