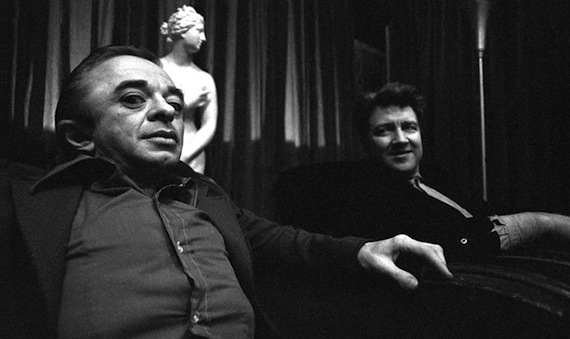 Two decades after its network demise, Twin Peaks fervor has once again gripped Los Angeles of late; most recently in the form of this month’s In the Trees: Twin Peaks 20th Anniversary Art Exhibition at Clifton’s Cafeteria in downtown LA. All manner of the cult show’s eccentricities were on hand, from the slavish near-worship of coffee and pie to works by Lynch himself. See the pieces, online, here.

In an act re-affirming the Internet is indeed your friend, the folks at Root Strata blog converted the show’s companion audio book “Diane…The Twin Peaks Tapes of Agent Cooper” into digital files. At 42 tracks the ephemeral set is comprised of Agent Dale Cooper’s spoken notes and observation’s into his handheld cassette recorder over the show’s two seasons (plus some extras). You can download it in its entirety here and check out a couple samples below. H/T to Dangerous Minds for the heads up.

7 thoughts on “Diane :: The Twin Peaks Tapes of Agent Cooper”