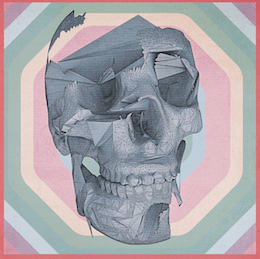 Portland, Oregon’s Ruban Nielson (former guitarist for New Zealand’s The Mint Chicks) steers Unknown Mortal Orchestra in many directions (Glam, Soul, Psych). He corners those markets into a cohesive and radioactive brand of flowery, hook-laden rock on “Thought Ballune,” taken from his self-titled, four-song EP. Part classic rock, part Sid and Marty Croft outtake for a children’s program that never saw the green light, the song nestles its way into your brain with rusty guitar licks and space-age mellotron accents—all of this filtered through an analogue sheen that adds a crisp vintage sound.

There’s also a familiarity, or faint memory, that’s quickly recognized in Nielson’s style because he touches upon so many genres. It’s as if you knew him growing up as a kid; sharing the same memories of the two of you rummaging through your parents’ record collections until you both agreed on the absolute best albums and singles. Nielson relives these moments for all of us in his music, and I suspect he’s going to provide even more nostalgic bliss on his forthcoming debut album for Fat Possum on June 21st. words/ s mcdonald