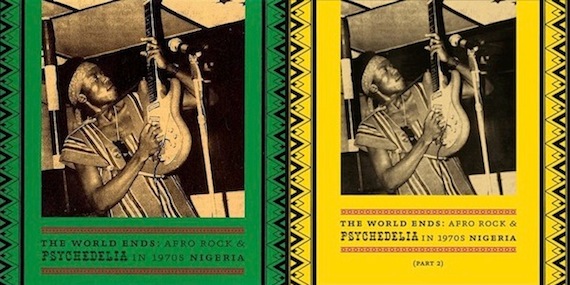 As summer tends to begin late and run long in Los Angeles, much of my August-October last year was soundtracked by the (then) new compilation The World Ends: Afro Rock & Psychedelia in 1970s Nigeria. The entirety of the two disc set is worth seeking out, but it was my own re-discovery of The Ify Jerry Krusade’s “Nwantinti/Die Die“—a track I originally heard in a long lost tape from an old friend—that was the was the real booty. It’s summer again; time to discover (or possibly re-discover) this joint all over again. You’ll thank me later. If you’re looking to further dig in, something I highly reccomend, the compilation was issued by the always on point Soundway Records.