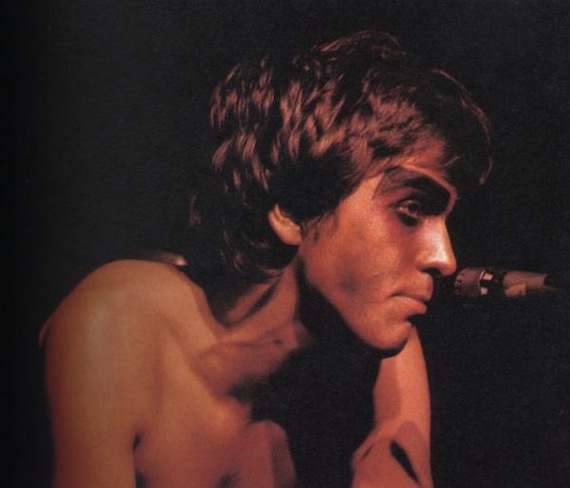 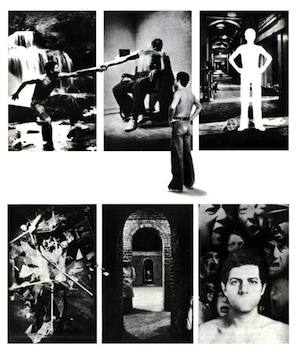 I can’t decide whether to go the Dune route or the Star Wars route with this one. Both involve deserts and aliens; common subjects in Genesis songs. Genesis is like old Ben Kenobi, living in exile out in the Judland Wastes of Tatooine. Most residents believed that he was just an old loon; someone not to be approached. Some might have remembered his past as a great Jedi warrior. Some will cringe at the very thought of the movie Buster (I do). All points are completely valid. However, one fateful day, someone finally gave the old hermit a chance, and as a result, an entire galaxy-spanning Empire crumbled. Plus he owned a laser sword, or something…

I feel like all musicians have a ‘big bang’ moment, like when Paul Atreides drank the Water of Life (a consolation prize for you Duners). Not to say a mind can be blown only once, just that other revelations that follow tend to be ‘supernova’ by comparison. For me, it is definitely when I delved deeply into the music of Genesis for the first time, mainly, if not only, their 1970-1977 period (unlike Patrick Bateman, I stray from  most of their 80’s-90’s material). The thoughtfully created textures and dynamics between the instruments—whether it is a quiet acoustic twelve string piece, or an earth shattering Mellotronic fanfare—lends a certain dramatic and otherworldly aspect to their music which gives me goosebumps every time I listen. Admittedly, I can understand those who find the often times fantastical lyrical subjects of their songs hard to stomach. Songs about vengeful plant life, genetically shrunken tenement dwellers, croquet mallet decapitators, horny snake women,  and confused aliens might turn one away. What makes it work for me is the emotion evident in Peter Gabriel’s delivery. It feels genuine, and makes each piece less of a song, and more like a mini opera. I love it. I feel bad for that confused alien,  and I hope the avenging plants find peace.  Well, I am obviously a science fiction nerd. That helps.

Genesis’ 1974 concept album, The Lamb Lies Down On Broadway could definitely be considered both a zenith of the aspects I’ve mentioned, and also, a departure from them. There are things on this record that the band hasn’t attempted before or since, such as small ambient ‘mood pieces’—my personal favorite being the sublimely serene “Silent Sorrow in Empty Boats” with the Mellotron choirs of the absolutely amazing Tony Banks rising like the dawn in the distance.   There is even an improvised quasi-Kraut-rock noise piece that scared the shit out of me as a child called “The Waiting Room.” Brian Eno even visited the mixing sessions for the album at Morgan Studios in London where he was busy recording Another Green World in one of the live rooms (an album on which Phil Collins played drums). Eno lent his skills in the form of weird vocal processing on the manic track, “The Grand Parade of Lifeless Packaging” which is also a great example of the devastating drumming prowess of Phil Collins.   Finally, a great example of heartfelt vocal delivery and the band’s control of dynamic is the song “Carpet Crawlers.” The way Tony Banks’ electric piano and Michael Rutherford’s twelve-string guitar weave a glittery  harp-like  cascade throughout this song is nothing short of magical. Also, the rising emotional intensity between Steve Hackett’s subtle  guitar phrasing and Peter Gabriel’s yearning vocals  on the track really make it take off…in less than twelve parsecs.

The world tour to promote the record was daunting for Genesis. Between only playing the new album, the elaborate theatrical stage set, and knowing the whole time that Peter Gabriel planned on quitting the band after the tour, it seemed at times that they were coming apart at the seams. Never mind this particular costume Gabriel wore during the song “The Colony of Slippermen.” The band had reached a breaking point, but the music couldn’t have been better. words/ john piatkowski

6 thoughts on “Diversions :: Roadside Graves on Genesis: The Lamb Lies Down”