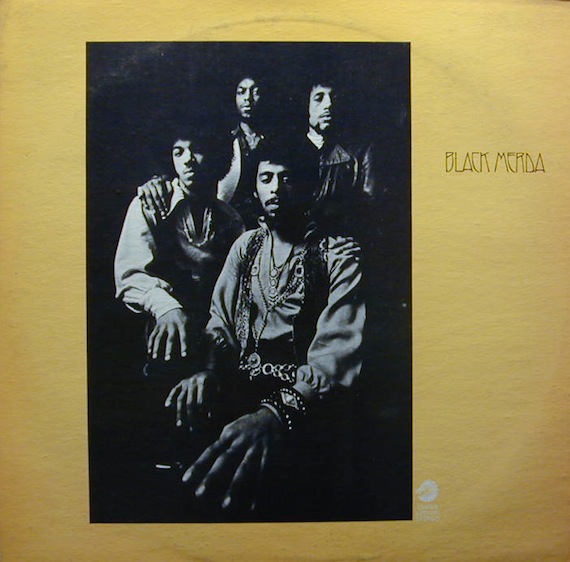 As much as I love the mid-seventies proto-punk that Death laid down via (the Drag City Records unearthed) For The Whole World To See, it’s their Detroit brethren Black Merda that I’ve been heavily revisiting of late. Comprised of Anthony and Charles Hawkins, VC Veasly and Tyrone Hite, Black Merda worked a hard driving guitar sound, reminiscent of Band of Gypsys, drawing in part on the band’s original Mississippi roots.

Sidenote: I was first hipped to the group via the indispensable Chains and Black Exhaust compilation; a set I can’t recommend enough for those interested in the short-lived “Black Rock ‘scene’ of the late 60s and early 70s.”