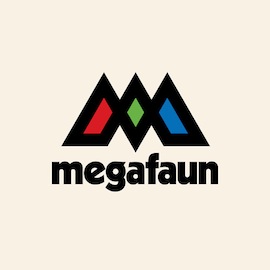 As you may have noticed, there is a massive Pink Floyd campaign underway — deluxe reissues, box sets, etc. As such, appreciations, re-appreciations and other ancillary pieces are popping up on various publications both online and off. Rolling Stone has dedicated its most recent cover to taking a look back at the creation of the band’s opus, Dark Side of The Moon. In the cover story David Gilmour is quoted, noting how the public’s attention span has changed in the four decades since the LPs original release. In short, folks largely do not sit around with their friends, in front of the hi-fi, taking in albums wholesale at a time. Conversely, Dark Side was created to be taken in in just this very way. Reading this got me thinking about ‘the perfect side.’

In the days of the vinyl long-player it was common for artists to labor extensively over the flow of sides A and B. The record’s atmosphere, mood and energy were all largely dictated by the disc’s running order. Because of this, the perfect side became an artform unto itself; albeit one that flirted with extinction upon the arrival and proliferation of compact discs beginning in the 1980s. The 80 minute CD quickly became the norm and with it arrived a whole other array of sequencing intricacies, nuances and issues. But throughout the various format changes and conversions a small cadre of artists continued to sequence for the individual sides.

Last month Megafaun released their second proper full-length, the eponomously titled Megafaun. From the outset of their formation it was clear this was a group that had little interest in staying within the pre-defined lines of any one genre. On their debut EP the trio’s music veered from the 16 Horsepower-like death-howl of “Lazy Suicide” to the harmonic mini-suite of “Find Your Mark.” Over the course of three years and as many releases the band has gradually honed their craft and in turn have developed a highly identifiable sound, one that embraces and celebrates 19th and 20th century Americana and beyond. Continuing where last year’s mini-album, Heretofore, left off, 2011’s Megafaun is the most explicit expression of the band’s growth, dexterity and maturity to date. Here, folk, country, ambient field recordings, jazz fusion, pop and and rock all coalesce into an eclectic brew, a brew none more exemplified than the LP’s A-side.

Like all great sides the magic is often found in the pacing and transitions. Beginning with the Garcia-like “Real Slow” the album slides into a west coast canyon vibe reminiscent of the Dead’s lightening-in-a-bottle live work from the early 70s. Fading out to the sounds of laughing water we encounter the first of the album’s stylistic shifts, the polyrhythmic and electronic “These Words” — a song that employs field recordings collected from North Carolina to Bali. The platter culminates in the eight and a half minute “Get Right,” a true slice of vintage Megafaun if such a descriptor can be used for such a young band.   If a great side can be defined as the sum total of the whole taking on an added depth from its individual components, then Megafaun’s A-side surely qualifies.

Discussion: What are some of your favorite vinyl sides? Chime in below in the comments.