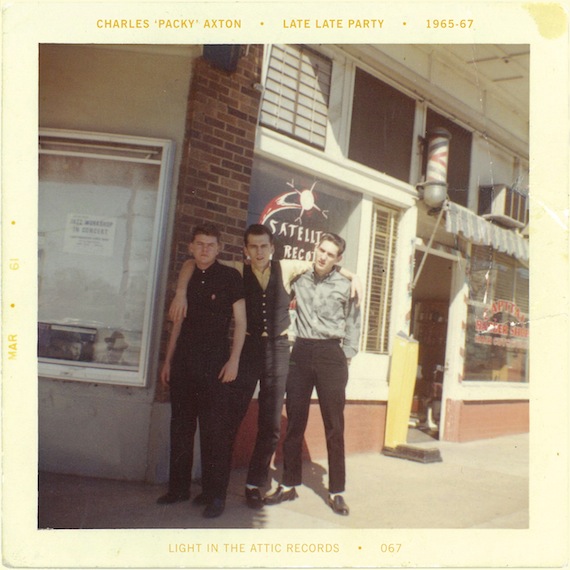 “…That night I met someone who would be very important in my musical education. He was engineering in the studio and cooking burgers in the Dairy Queen. He had a Robert Mitchum hair cut and a slow humorous style…He was one of the coolest people I ever met. He was Packy Axton.” — Jim Dickinson

As endorsements go, I’d say it doesn’t get much more real than the late Jim Dickinson. While I’ve spent a good deal of time in Memphis over the years, the contents of this collection blew me away. The son of Estelle Axton and nephew of Jim Stewart, co-founders of Stax Records, Packy Axton had it.   Late Late Party, compiled by Light In The Attic Records and released in August, rounds up 17 mid-60s R&B nuggets aided and abetted by a host of Memphis greats (Steve Cropper, Booker T, Teenie Hodges). Highly, highly recommended for fans of southern soul and R&B.