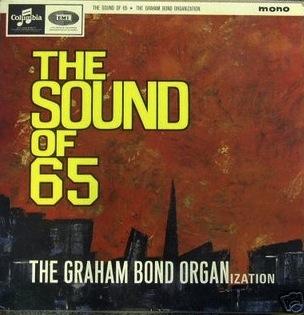 It’s a matter of record that the British Blues Boom of the sixties – as discrete from British Rhythm‘n’Blues, a similar but different beast – was originally created not by former rock’n’roll or Beat musicians but principally by ex-jazz players searching for a new “authentic” sound. Its earliest practitioners came to the blues via skiffle, the ersatz rural American folk movement of the mid-fifties; subsequent ones via the brief vogue for revivalist traditional jazz at the turn of the sixties. Furthermore, the Blues Boom began not, as popularly thought, with erstwhile jazzman John Mayall’s landmark 1966 album Bluesbreakers with Eric Clapton, but with the formation of Alexis Korner’s influential, ever-mutating Blues Incorporated in 1961. Bluesbreakers may be the defining record of the British Blues Boom, the one that induced a whole regiment of Beat guitarists to emulate Muddy, Wolf and BB, but by the time it hit the decks the ground had already been prepared by other former jazzers, notably Korner and his acolyte, the larger-than-life, manic-depressive Hammond organist Graham Bond.

Bond had started out as a bebop alto saxophonist in Charlie Parker vein, but at the turn of the sixties he switched to organ and, along with other high-profile jazz instrumentalists, began to concentrate on the twelve-bar form. Enlisting fellow Korner alumni Jack Bruce on upright and Fender basses, Ginger Baker on drums and (after rapidly firing early guitarist John McLaughlin) Dick Heckstall-Smith on tenor sax, Bond christened his outfit the Graham Bond ORGANisation, leaving no doubt where the engine room lay. The band immediately became a live tour-de-force on the London club circuit but, as with so many other artists who are ahead of their time, failed to find commercial success in terms of record sales; its albums weren’t even released in North America, where the whole concept of “British Blues” was initially treated as a joke. The ORGANisation lasted for two studio albums before disbanding shortly after Bruce and Baker, finding the bipolar Bond too difficult a taskmaster, departed for new challenges.

Compared with the straight-ahead purist electric blues of Bluesbreakers, the earlier Sound Of 65 shows a band attempting engagingly to pervert the blues in every conceivable direction. It combines the expected traditional blues covers (“Hoochie Coochie Man,” “Got My Mojo Working”) and instrumental R’n’B workouts (“Wade In The Water,” “Train Time”), reworked in distinctive, individual fashion, with lyrically naÄve but musically adventurous Bond originals which move confidently in the direction of what would later be called “jazz-rock.” All the tracks are carried along by the sheer, rough-edged energy of Bond’s vocals and the irrepressible swing of the band’s ensemble playing, plus a remarkable cheap-studio production with plenty of reverb that gives the impression of a live recording. In fact the album was the ORGANisation’s well-honed live set with each number pared down to three minutes or less, the solos from Bond’s growling B-3 and Heckstall-Smith’s squalling tenor short and ferocious rather than extended and building. High spots include the flavoring of “Wade In The Water” with more than a soupçon of Bach’s Toccata, the spoof field holler of “Early In The Morning,” Bruce’s rumbling upright bass figures on “Mojo,” Bond’s and Heckstall-Smith’s wailing snake-charmer licks on “Spanish Blues”, and the eerie “Baby Make Love To Me” which is carried on just harmonised saxes, bass and drums and boasts lead vocal and braggadocio harmonica from Bruce. Only the mandatory (and thankfully truncated) Baker drum solo on “Oh Baby” and the maudlin closer “Tammy” (intended as a “commercial” single) conspire to lower the overall appeal.

The second and final ORGANisation album There’s A Bond Between Us offered a slightly wider musical range played with a bit less verve, and Bond’s pioneering use of the Mellotron (before the Beatles, Stones and Moody Blues discovered it) presaged his move towards progressive music. After an erratic subsequent career and involvement with hard drugs and Satanism he was mysteriously found dead under a stationary London Underground train in 1974: a sad end to one of rock’s most colourful characters. The BGO twofer combining both studio albums is a bargain; for a flavour of the band’s live sound, try Solid Bond, the posthumous Rhino release featuring the short-lived final line-up of Bond, Heckstall-Smith and Jon Hiseman. words/ l. liechti

3 thoughts on “The Graham Bond Organization :: The Sound of 65”