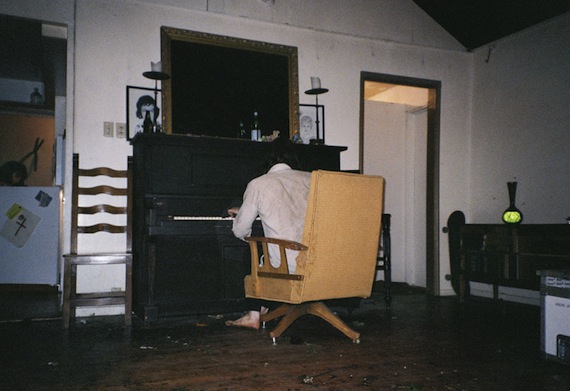 Josh Tillman has been writing, recording and releasing albums for a decade now. Like Captain Beefheart and Bonnie ‘Prince’ Billy before him, it was announced last month that future Tillman output would be released under the guise of Father John Misty. A new beginning? Indeed. If past Tillman releases mined the intricacies of greys and blues, then Fear Fun – his forthcoming record due out in May via Sub Pop – embraces the full palette. No matter the presentation, it’s his best and most fully realized work to date.

We caught up with the re-christened Tillman yesterday in his adopted home of Los Angeles. Our conversation after the jump…

AD: Who is Father John Misty?

Josh Tillman: Not to be glib, but “Father John Misty” isn’t a “he” anymore than “Blue Oyster Cult” is.

AD: In terms of your catalog this feels like the most uninhabited of your work to date. Fair assessment?

Josh Tillman: Inhibition informed quite a bit of what I’ve done previously. Chiefly the trifecta of fear, doubt, and self-loathing.

Josh Tillman:   Becoming more self-aware; and in a critical, singular, mind-altering moment of clarity became aware of this giant, blatantly fraudulent contradiction between my internal narrative, my conversational voice, my sense of humor – and singing about my pain like a fucking decrepit wizard.

AD: The word that immediately came to mind when first hearing the vocals on Fear Fun was ‘exhalation’. Your going for it in a way only previously hinted at before outside of your live performances.

Josh Tillman:   The songs and lyrics required me to drop a lot of the singing affectations I wasn’t even really aware that I had until I had the aforementioned moment of clarity. The songs are honest in a way that made me feel good about singing them. You can call it “exhalation” or “relief”.

AD: What was your songwriting process like this time around?

AD: Did working under a nom de guerre play into and/or effect how you went about it?

Josh Tillman: Not at all. I thought about just calling it “Josh Tillman” but I don’t like the name “Josh.”

AD:   Aesthetically you seem to have found a kindred spirit in Jonathan Wilson who you recorded the album with at his studio in Echo Park. How did the two of you hook up?

Josh Tillman: Jonathan and I are chiefly kindred in the shit that we think is funny. He and I were drinking and playing when I moved here and it just seemed natural to play him the demos and spend a few weeks at his house.

AD:   How involved was Wilson in shaping the record?

Josh Tillman: I wanted everything to have clarity and presence and not be too obscured by any affectation or stylization. Jonathan’s style is really natural and lacks weird pretense. He can really intuit funny things and create a fucking atmosphere. He would just be totally quiet for an afternoon, letting me scramble around doing overdubs, and be sitting on the couch with his eyes closed and just say “That’s not right, let’s try this” and it would be perfect. Reserve, class, talent: Jonathan Fucking Wilson.

AD: Aside from touring, you’ve been living in Laurel Canyon for a couple of years now. Has the move from Seattle to Los Angeles informed your music?

Josh Tillman: The move was inspired by some circumstances in my life at the time, and those circumstances informed my writing. They’re all intertwined, but it’s not like I drive around LA and abruptly think, “My God, I’m inspired by this city, I have to get home now and write!” It is, however, a very strange place, and I have a very morbid sense of humor, so I’m much like a kid in a candy shop as a writer.

AD:   Speaking of kindred spirits, you recently holed up with Matthew Houck (Phosphorescent) in a studio while in New York. Any plans for a formal collaboration?

Previously: Father John Misty & Phosphorescent :: I Would Love You