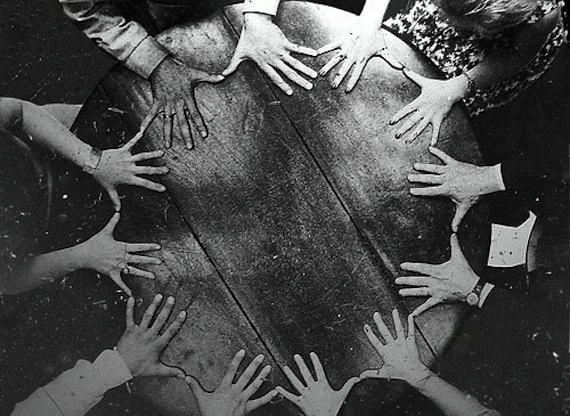 Languid, repetitive and hypnotic, I heard this somewhere in the neighborhood of 2:30 am last week via Gilles Peterson’s show on BBC Radio 1. I had just been listening to a pair of Dr. John’s early Nightripper albums, back to back, and the  atmospherics of “Foggy Dew” fell right in line. Not unlike Gris Gris and Sun, Moon & Herbs, the track feels swampy and gothic – more Louisiana than London, UK.

An instrumental interpretation of a Suffolk folk song, “Foggy Dew” is culled from  Under an East Coast Moon, Two Banks of Four’s upcoming LP – a record self-described as consisting of “psychogeographical musings on the eastern horn of the UK.”