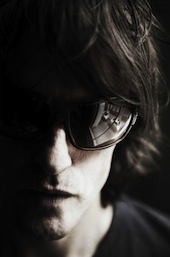 Sweet Heart Sweet Light is due out on Fat Possum Records April 16th, and in this instance “Huh?” may be the perfect album art. Like most Spiritualized fans, I can imagine Jason Pierce’s cold stare piercing the Internet and the legions of bedroom-pop acts that have seemingly ignored their parents record collections and art-rock standards. And while they may have dominated the online music conversation online of late, Pierce obviously doesn’t give a shit. This is a man who studied the Velvet Underground like he was applying for a Physics grant at MIT. He then added drug-fueled tremolos, bitter soul and repetitive guitars that tunnel into your brain. And as if on cue, once you get past the waves of drone, there’s that Pierce-patented and familiar deep sense of sadness staring you in the face.

Has Spiritualized ever made a bad record? Nah, and “Hey Jane” is proof. From the otherworldly Lazer Guided Melodies to the raw and gentler Songs in A&E, Pierce sticks to a formula that’s recognizable but never tires. We expect as much and celebrate his legacy, because deep down we know a every Spiritualized album is a gift. The gospel choir is present, of course, along with sticky, chugging chords and Pierce’s weepy vocals. I wouldn’t have it any other way. words/ s mcdonald