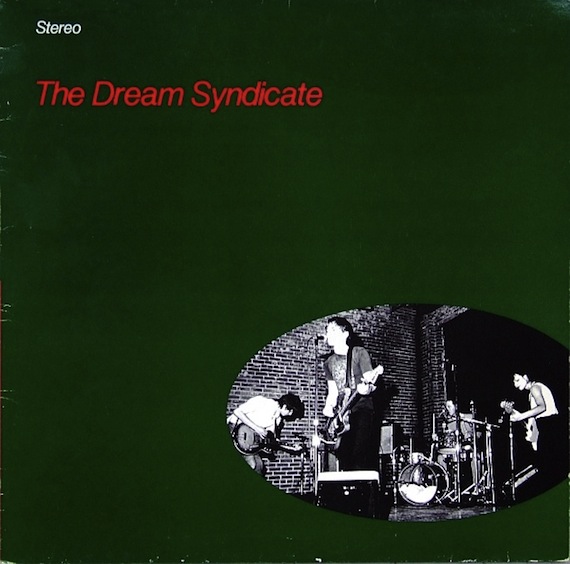 Friday night, sparked by a conversation discussing LA music over the past few decades, a friend mentioned the Rain Parade – which of course ultimately led to the Paisley Underground. Prior to my setting up camp in Los Angeles ten years ago I was only scantly familiar with Rain Parade and the host of other mid-late 80s bands that made up the Paisley Underground’s cohesive whole. As collective music scenes go – working backwards, detached by 15 years – it was a worthwhile education. Out the twelve or so bands loosely affiliated, it’s The Dream Syndicate that I’ve repeatedly revisited time and again. Named after an early sixties ensemble that featured John Cale, the Dream Syndicate were indeed awash in a Velvets haze, yet decidedly west coast in their execution and homages to late 60s coast and canyon psychedelia.

Here’s a favorite,”When You Smile” – the Down There ep version found on the 2001 reissue of Days of Wine And Roses. In contrast to the album version, this one’s a little bit dirtier around the edges, all loose seams and stitches.

The Dream Syndicate :: When You Smile (Down There EP)

10 thoughts on “The Dream Syndicate :: When You Smile (Down There EP Version)”