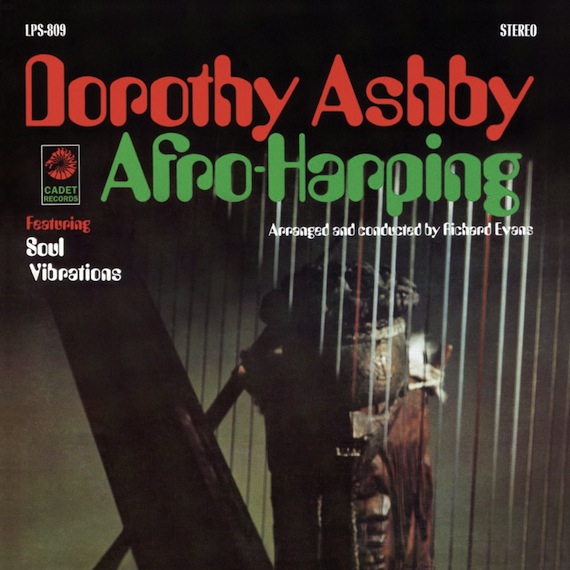 Here’s one slated for a mixtape I’ve been woodshedding the past month, Dorothy Ashby’s “Soul Vibrations” – the first track off her 1968 LP, Afro-Harping. Fuseless, the track explodes right out of the gate. Propelled by a funky bottom comprised of an unrelenting bassline and syncopated percussion, within seconds otherworldly theremin and flutes drop in, soon followed by Ashby’s harp. With roots firmly entrenched in esoteric jazz, Ashby cut Afro-Harping with producer Richard Evans, the first of three transformative LPs she would record for the Cadet label between ’68 and ’70. An aesthetic break from her past, the album’s understated psychedelia and fusion fall in line with fellow jazz harpist Alice Coltrane and the eccentric ‘soul-jazz’ movement that was beginning to take root. A minor groove, this is not.