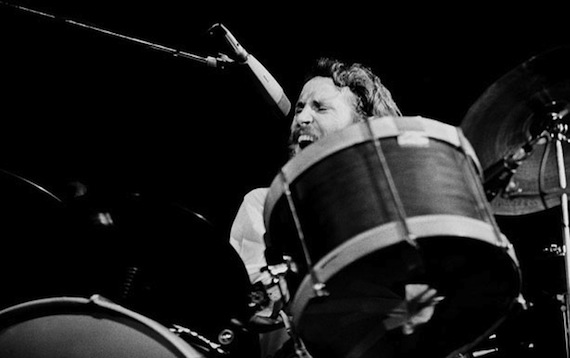 From the release of his 2007 comeback record, Dirt Farmer, up until the final moments of his life, Levon Helm seemed impervious to death. It’s not that he looked invincible, necessarily, or that he was suddenly filled with an inordinate amount of vitality. But as he neared his end, Helm carried himself with the same simple, rustic grace that powered his drumming and singing for most of his life. He laughed incredulously when Sheryl Crow called him sexy from the stage at the Ryman. He refers to a neighboring farmer as “Mr. Gill” in the “Poor Old Dirt Farmer” video, despite being 65 years old at the time. He toured frequently, and collaborated freely, and treated his last five years as a much-deserved victory lap. When I saw Helm at the Newport Folk Festival in the summer of 2008, the entire festival stood still; even the event organizers stood at the side of the stage and watched, awestruck. Levon mostly smiled. words/ m garner