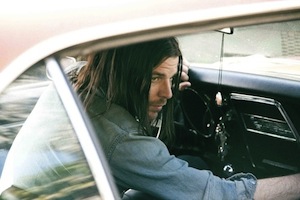 A year ago next week songwriter/musician/producer, Jonathan Wilson, released his sophomore LP, Gentle Spirit – a record I was hipped to shortly thereafter, digging my heels in deep.   I’ve since been exploring related Wilson ephemera, most recently his re-working of “La Isla Bonita“, culled from a 2007 Madonna tribute compilation. And while it’s by no means a favorite Madge tune, I bring it up here as Wilson’s re-imagining is both interesting and inventive. Ditching the vaguely ‘latin feel’ and arrangement of the original, Wilson takes things down Crazyhorse lane opening up with a prelude that sounds like an excerpt from ‘The Other One‘, before transitioning (via ‘War Pigs‘, no less) into the meat of the song – which itself sounds a bit like a twisted homage to “Cortez The Killer“. Or… something like that.