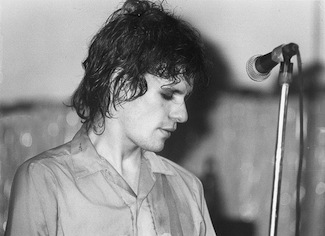 Putting Paul Westerberg behind a piano is often a recipe for some of his most moving work – and he’s deft at mixing humor with his pathos. Early in his career – with piano-driven songs like “Androgynous” – the laughs were a way to disguise the more emotional insight. “Androgynous,” despite its jokey lines, is at its heart about the freedom you feel from just being allowed to be and how, well, to borrow from Dan Savage, it gets better.

As Westerberg has gotten older, the humor has been more subtle, but no less adroitly deployed, and on “My Road Now,” a song that dropped onto the internet last Friday without any announcement – par for the course for him these last years – it’s no different. The song feels like an odd mix of a kiss-off missive and a sympathetic character sketch. “All you ever wanted to be was brave / so the kids couldn’t call you chicken / hear your name shouted on the street today / it’s guaranteed to make your pulse quicken,” sings Westerberg in the opening, but it’s not long before we hit the chorus where he informs his subject that “this is my road now / and you can hit it.” Later, when the subject hears their name called again their “skin is thickened.” But they “won’t know where the money went / you ain’t broke, but you’re badly bent.” “I don’t care when you go,” Westerberg sings after encouraging them to hit his road again.

But then it’s the bizarre add-on line at the end, as he again encourages them to hit the road and “hit it like it owes you a whole lot of money.” And he repeats this line several times. Is it simply an off-kilter way of saying get out and get out quick, or is it an encouragement to ‘hit the road’ as in striking out for the future and hitting it with everything you have? The whole thing is a touch undermined (or, in Westerberg’s world, made more real) by his false start and mumbled “fuck me” at the beginning, but by the time he reaches the end of the song, there’s something oddly moving about the whole thing – the story is just as grey as most relationships and as he seems to sympathize, loathe and encourage in simultaneous bursts, the characters seem like another great addition to Westerberg’s gallery of wistful and wasted losers. words/ j neas