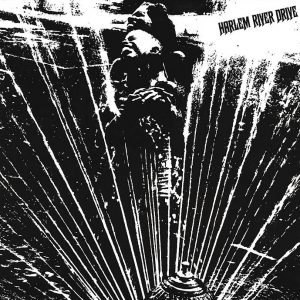 Harlem River Drive were a short-lived but righteous group of musicians brought together in 1970-71 by Puerto Rican pianist and bandleader Eddie Palmieri.   Veritable king of the Latin dance floors, by the end of the 1960s Palmieri was restless, out to top himself, and looking to push beyond the boundaries of the music he had been performing over the past decade. So that’s what he did. He got down and pushed further out.

A street-tough blend of Latin rhythms, 70s funk, fusion, soul grooves and social poetry, with a touch of psychedelia, Harlem River Drive cribbed its name after a highway in New York City. “In reality, Harlem River Drive was a dividing line,” says singer Jimmy Norman in waxpoetics, “a highway where all the rich people just zip past the ghetto, and here we are, just watching them go by.”

A line that divides people can also be crossed to unite them. Sounds that polarize can also be blended to incite them. Harlem River Drive was the sound of a place and time: Harlem, Latin Soul, counterculture, inequality. It offered a message for the masses: empowerment, togetherness, social justice, prosperity. Palmieri took bold steps by crossing over all the lines laid before him. The results of his collaborative experiment were a delirious, ephemeral, and socially conscious trip through, around, and past East Harlem, “from 125th Street to a bridge called G-Dub.” words/ a bellmas