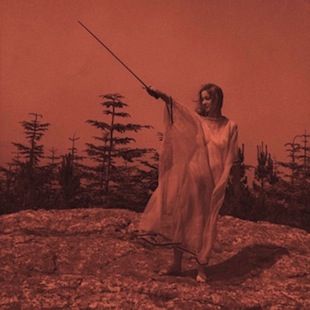 “FFunny FFriends” was the peppy Bandcamp track that amassed so much online hype it morphed Ruben Nielson’s bedroom project from an internet mystery into an established, touring band. Yet despite a solid, self-titled LP and loads of acclaim, the first word Nielson sings on Unknown Mortal Orchestra’s II is “isolation.” The band’s sophomore release, out on Jagjaguwar, sounds similar enough to UMO’s first hits but is permeated with a different, darker kind of unknowable intrigue. “I wish I could swim and sleep like a shark does,” he sings on the album’s lead single “Swim and Sleep,” “asleep and constantly floating away…” This plea for woozy, semi-consciousness works well with UMO’s unique brand of obfuscated pop music, and thankfully Nielson has retained his knack for hook and catch throughout these past few years of intense touring,

The fidelity of II has much in common with UMO’s debut: Nielson self-produced II in a jerry-rigged basement and his sound is coated in this hazy sheen, like an Instagram filter for music. But unlike the many lo-fi rockers and chillwavers of the Garage Band era, UMO’s sound isn’t particularly nostalgic. Instead, Nielson manipulates that aesthetic to forge a carefully nuanced style. His “lo-fi” doesn’t sound shitty or novel, in fact, he’s really a master of EQ. The bass gets deep and punchy, but everything else–the drums, Nielson’s falsetto, his slinky guitar playing–is squashed into this  ¼” tape realm of mid-range frequency in which he achieves an atmosphere that is somehow both spacious and intimate. It’s rock and roll in miniature that flows easily out of laptop speakers. Nielson calls his music “psychedelic R&B,” and while there are plenty of familiar musical gestures, he is an expert at weirding-out pop conventions with his screwy guitar antics and unusual chord progressions.

Nielson’s best songs are immediately catchy, and II’s standout track, “So Good at Being in Trouble,” is also the record’s most soulful. It’s a slow burner with a powerful hook that can stack up against “FFunny FFriends” or “How Can You Luv Me.” However II isn’t as stylistically ambiguous as those highlights from UMO’s debut. The wahs on “One at a Time,” the Lennon/McCartney-isms on opener “From the Sun,” and the rock shuffle of “No Need for A Leader” all make recognizable genre references, but Nielson’s harmonically adventurous and skeletal arrangements for the guitar blur his tunes with unexpected chords and odd voicings. He’s a clever guitar player who has developed his technique quite a bit since UMO’s first album, but what makes him so refreshing is how he turns a guitar-centric, riffy power trio on its head. He shreds the anti solo–whenever you expect to hear him rip, he just trails off. “Monki” is a long (7:19!), hard rocker bookended by plinking guitar echoes, and “So Good at Being in Trouble” fades out in a noodley sizzle. But it’s this combination of strong hooks with a lack of resolution is what makes UMO’s music so alluring. It’s not psychedelic, it’s psych-out music. words/a spoto

MP3: Unknown Mortal Orchestra :: Swim And Sleep (Like A Shark)