(Volume 18 of Clifton’s Corner. Every other week on the blog Clifton Weaver, aka DJ Soft Touch, shares some of his favorite spins, old and new, in the worlds of soul, r&b, funk, psych and beyond.) 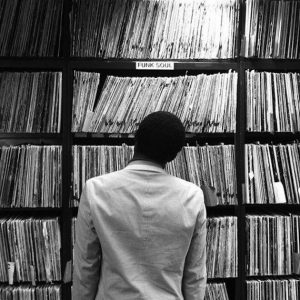 It’s been a while since the last Clifton’s Corner post. I’m truly sorry for the long wait but as Dr. Winston O’Boogie once said, “Life is what happens while you’re busy making other plans”. Even though I’ve been distracted from writing, I have been keeping up on music and have a couple of things I’ve been dying to share.

The first is some new music by an old favorite of mine, James Hunter. I was first introduced to his music around the time People Gonna Talk was released. I was blown away by his vocals and arrangements and immediately purchased the album. In a previous Clifton’s Corner, I mentioned the renewed interest in late 50s/early 60s r&b sounds and James Hunter’s People Gonna Talk was one of the first times I’d heard a current act that really had a handle on that sound. As a massive fan of Daptone, I was overjoyed to hear that Hunter’s latest release, Minute By Minute, was recorded at Gabe Roth’s Daptone studios. “Chicken Switch” is a sample of what can be expected when the album is released on the 26th of February. Here are two from the People Gonna Talk record that initially blew me away and cemented my fandom.

If you haven’t heard of The Strypes yet, you’re in luck. One of the most exciting bands I’ve heard in years, The Strypes are heavily influenced by the vintage r&b of the 50s & 60s but amp up the volume and energy levels. Hearing the Strypes for the first time was like listening to the rebirth of the Yardbirds or early Stones. Amazing musicians with an equally impressive look, these kids (Yes, kids — the average age of the members is 16) quickly garnered attention from the press in the UK and can count Jeff Beck and Paul Weller among their fans. Recently, they signed a multi album deal with Mercury and are working on original material. Despite all of the accolades, they have received little attention here in the states. Here are a couple from their debut EP (Young, Gifted, and Blue) released on Heavy Soul Records. Though they are covers, the energy and spirit, reminiscent of early 60s British r&b groups, is undeniable.