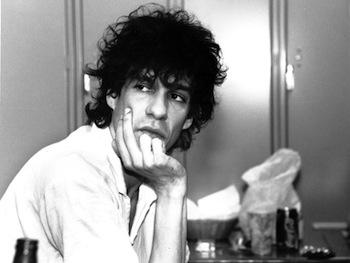 In 1988 the Replacements headed to a studio in Woodstock, New York in an effort to record their follow up to Pleased to Meet Me. They enlisted Tony Berg as the producer and set to it. And although the band allegedly laid down an album’s worth of material, it was all scrapped as Paul Westerberg felt like the album was turning into a too-typical Replacements album. While very little of this session has been bootlegged, two of the songs did eventually end up on the 1997 collection All for Nothing/Nothing for All and again on the 2008 reissue of Don’t Tell a Soul. The best of the two, or at the bare minimum the one with the most story behind it, is “Portland.”

Toward the end of their touring behind Pleased to Meet Me, the Replacements gigged in Portland, Oregon with the Young Fresh Fellows opening. And in the history of notorious Replacements shows, this one ranks high. Though it’s difficult to nail down the exact story behind the fabled night, the following anecdotes show up repeatedly: the ‘Mats pelting the Young Fresh Fellows with various objects during their set; the band breaking into a room (the show was held at the now-defunct Pine Street Theatre) purloining costumes (of which they then wore ontstage); the band being far too drunk to play effectively; clothes being taken off and thrown into the audience — and the audience, in some cases, returning the favor. This last part is my personal favorite as apparently Tommy Stinson remembered, after throwing his clothes into the crowd, that he had left ten dollars in his pocket. After raging at the crowd to throw his pants back, he instead rifled through the clothes thrown on stage, located twenty dollars in a pocket, and danced around the stage in victory. Another account just reported that they stumbled through a set of less than 45 minutes, played a cover of Bryan Adams’ “Summer of ’69” and then split. Either way, a typical ‘Mats show.

There are two pieces of evidence that serve to show that the band may have felt a bit bad for their shenanigans that evening. First is the song “Portland.” While the lyrics are a particularly oblique outing in Westerberg songwriting, the chorus is worth noting. “It’s too late to turn back, here we go / Portland.” ‘Mats fans would recognize this line, minus the city name, as one that would eventually show up as the climactic line in “Talent Show,” the lead track on Don’t Tell a Soul. It’s interesting as this is the only pair of songs I’ve ever heard in the ‘Mats catalog that share lines like this and it creates an interesting connection between the individual songs; as if the Replacements’ oeuvre is not a series of individual missives, but telling some sort of larger, connected narrative. (Westerberg did this himself on his 2002 album Stereo with the “just add water” line that repeats across “No Place for You” and “Let the Bad Times Roll” and it creates that same effect.) At the end of the song, Westerberg laments “It’s too late, I know.” And as the song fades, you can hear him state that “Portland, we’re sorry.”

The second bit of evidence of the ‘Mats’ contrition? In the runout groove of original vinyl edition of Don’t Tell a Soul is scratched three words: “We’re sorry, Portland.”   words/ j neas

14 thoughts on “Sevens: The Replacements – Portland”