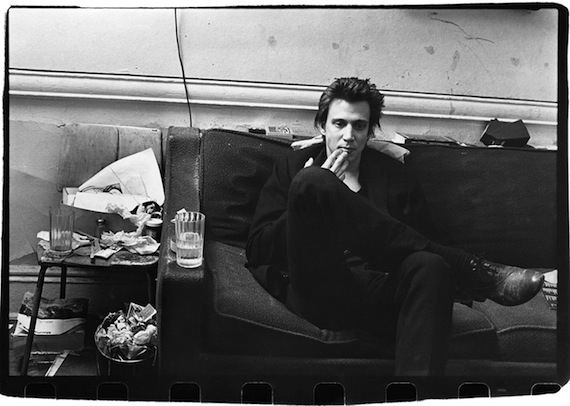 Autobiographies, like most non-fiction, are tricky. Their subject matter require inherent interest — maybe even passion — marginalizing most audiences. The best autobiographies circumvent that demand by having a lot in common with good fiction writing: an engaging and original voice and insight that transcends the surface narrative and turns the specific into the universal.  A survivor of severe drug addiction and one of the chief architects of the New York punk scene of the 1970s, Richard Hell is a powerful enough subject to do just that. Enter I Dreamed I Was a Very Clean Tramp.

Hell, unlike a lot of the characters from that era, checked out of music almost thirty years ago, removing himself to a life as a writer. It makes sense, then, that Hell chose to focus his autobiography on the years from birth to 1984, when he quit music. It’s a must-read for Hell fans, whether from his work with the Voidoids, the scant demos of his time in the Heartbreakers or in Television.

He spends enough, but not too much, time in his childhood, giving us a sense of how his father’s early death affected him, while the tales of his high school years shed light on his burgeoning ‘punkness.’ It’s also a lot of fun to see young Tom Miller and Richard Meyers (the future Messrs. Verlaine and Hell, respectively) as they first meet and start to bond. Hell is clearly well-read and intelligent and at times his own harshest critic. His attempts to translate his personal experiences into more universal themes and reflections are largely thoughtful and compelling. Where this kind of writing often comes off as navel gazing, Hell does well to identify the interconnectedness of his life experiences. Instead of revealing the shallow thoughts of the author like many autobiographies, Hell’s intellectual capabilities are far from slight.

When Hell tells the tales of moving to New York City and coming of age with those who would come to play such vital pieces of the New York punk scene, it does feel like stepping back in time and getting a sense of who some of these larger-than-life characters were. His ruminations — always fascinating and, importantly, rarely black and white — are as vast as the people they’re about: Tom Verlaine, Terry Ork, Dee Dee Ramone, Malcolm McLaren, Richard Lloyd, Johnny Thunders, Sid Vicious, Robert Quine, Ivan Julian, more. His thoughts on Verlaine, Quine and McLaren are especially interesting as they don’t refrain from criticizing the men while putting across the obvious love and/or respect that he has or had for each of them. It’s also interesting to see the people about whom he has nothing bad to say (Dee Dee Ramone) and others that he can’t seem to muster anything positive about (Richard Lloyd).

Like punk itself,  I Dreamed I Was a Very Clean Tramp may not have broad appeal outside a core fan base, but it’s an essential tour through the insights and history of a groundbreaking music scene, told from one of the great minds of punk, one of the unique voices in the pantheon of American rock and roll.   words/ j neas

2 thoughts on “Richard Hell :: I Dreamed I Was A Very Clean Tramp”