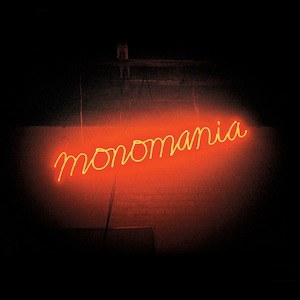 New York, New York: that’s one hell of a shadow you cast. The classic image of the city –  that dark and terrifying Sodom where lawlessness and creativity join in a thrilling dance, the place where anything awful is possible and where people get off on that very possibility – it looms over the psyche of alienated teenagers everywhere. The promise of so much chaos and unchecked weirdness testifies to a strange kind of romance and freedom. Make it there and you can make it anywhere, sure, but if you make it there – as in, if you can physically get there – you won’t feel at home anywhere else. You don’t have to have ever heard of Wayne County or Lydia Lunch or even The Velvet Underground & Nico to understand and be compelled by the allure of urbanity.

Which might be why all of the best New York records these days are being made by Southerners, those perennial outsiders who still want to belong. Texas transplants Parquet Courts scored big at the end of last year with Light Up Gold, a masterful slab of post-punk that took its location in time and space seriously and was unafraid to ground itself in both the geographic and aesthetic particulars of the city. And now we have Deerhunter, that amorphous group of noise-waifs from Atlanta, and Monomania, a brittle record whose straight-to-tape recording doesn’t even bother trying to contain its own paranoia. It’s the sound of that wild, churning creativity curdling into nightmare.

Monomania is culled almost entirely from a massive archive of tapes created by head Hunter Bradford Cox while house-sitting for Fiery Furnaces’ Eleanor Friedberger. In a recent interview with Pitchfork, Cox tells Larry Fitzmaurice that he’d spend his nights drinking Jamaican rum with MGMT, then cabbing it back to Friedberger’s place to record late into the night. “There was some bad, personal shit that really set me back,” Cox says. “I made a lot of music that year, but I stopped caring if it was ever heard.”

The songs that make up Monomania were recorded a year or so later with all of Deerhunter at Cox’s back, and the album reflects a distinct urban claustrophobia that’s both geographical and emotional. In “Leather Jacket II,” guitars spill over one another, tripping in and out of rhythm. Someone shouts something about waking the neighbors before the weight of the song’s momentum pushes through its middle, burying the rhythm track in a rubble of noise. Elsewhere, the group smuggle in a counterfeit of Blues Image’s “Ride Captain Ride,” calling it “Dream Captain” and laughing as they highlight its deficiencies. It would seem like a cruel joke on the whole grooving gig of happy seventies rock if it weren’t so damn catchy – it practically shoves you into the discomfort of singing along to a line as gross as “Dream Captain/Take me on your ship/Dream Captain/Take me if you wish.”

But that’s what Monomania does again and again, returning to the wreckage at the intersection of irony and sincerity, smuggling in parts from one in the guise of the other. “Pensacola,” the album’s best song, is Deerhunter’s latest triumphal Strokes knockoff, but where those actual New Yorkers are at their best when slagging off any kind of attachment, Deerhunter one-up them before the song even begins. For Gulf Coasters, even those who’ve left the region, that Panhandle resort town is freighted with memories of childhood vacations or high-school and college spring breaks. For a certain type of person (one who, let’s say, Cox might not have shared space with comfortably in his Georgia high school), Pensacola has its own attendant escapist myth that’s not all that different in quality from the ones spawned by New York. It’s a raunchy paradise, too, and Cox, writing all alone in the living room of someone else’s Brooklyn dream, knows it. It’s strange to hear it buried there in the rubble of all those New York bricks, stranger still to hear it from my own apartment here in Chicago, as a Louisianan doing his best to pass as a cultured urbanite. How uneasy, and yet how at home, it makes me to hear Bradford Cox longing to hop a bus and escape to Pensacola. words/ m garner