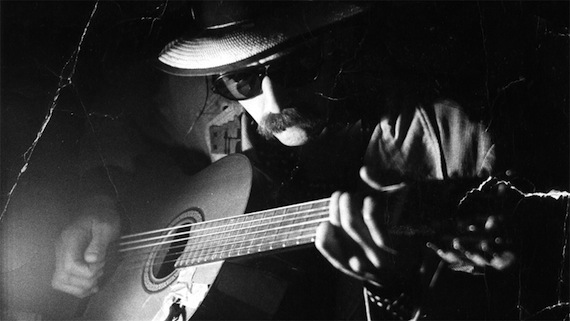 “Blaze is one of the most spiritual cats I’ve ever met; an ace finger picker; a writer who never shirks the truth.” -Townes Van Zandt

Blaze Foley was a bright shining star in the world of dark emotive country and folk music in the 1970s and 80s, before being gunned down in a murderous quip between a father and son, Concho and Carey January, on February 1, 1989. 24 years after his untimely death, a full-length album of songs from Blaze and his band, the Beaver Valley Boys, will be released next month via the San Francisco based Secret Sevens Records/Lost Art Records. Entitled Cold Cold World, the album is a collection of recordings captured between 1979 and 1980 in a Texas studio that finds Foley and his band in top form. The title cut alone is a striking and profoundly well-mastered track that highlights Foley’s genius and natural knack for writing simplistically calm, yet philosophical country ballads. Cold, Cold, World is an honest, reverent, homage to a songwriter whose relevance should never be lost on this world.   words/ j elizabeth