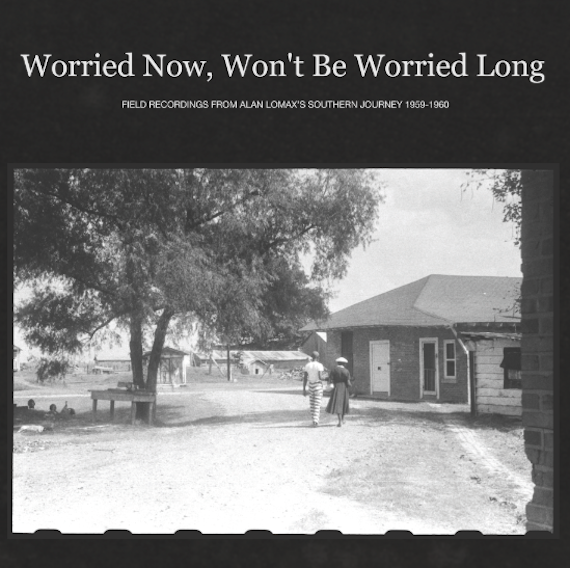 I’ve had this on the mind, and stereo, of late: Worried Now, Won’t Be Worried Long: Field Recordings From Alan Lomax’s Southern Journey, 1959-1960. Specifically the track “Ida Reed”. Compiled and annotated by Nathan Salsburg, coinciding with the fiftieth anniversary of Lomax’s “Southern Journey”, Worried is the second of five Alan Lomax collections released by the Portland based Mississippi Records in 2010. The five LPs document over 70 hours of Lomax’s 1959-60 field recordings thoughout the American South. As noted, ‘English folksinger Shirley Collins assisted Alan Lomax on the 1959 trip, and his daughter, Anna, accompanied him on the 1960 trip. The endeavor resulted in two influential LP series on Atlantic (1960) and Prestige Records (1962).’

As mentioned on these pages in the past, I encourage you to listen/investigate the (free) Alan Lomax archives via the Cultural Equity Research Center. The width and breadth of the project is stunning. Explore the “Southern Journey” in its entirety, here.